Dalia Dippolito Today: An Update on Her Life and Sentence in Prison 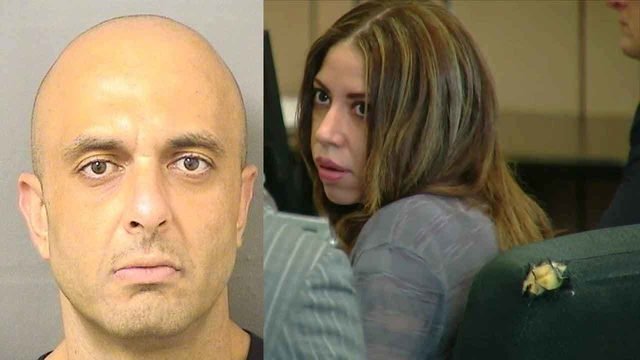 The story of Dalia Dippolito was able to make headlines for several days because her case revealed one unexpected turn of events after another. As a result, in this article, we will provide you with more information about the life story of a woman from Florida named Dalia Dippolito, whose life experienced a dramatic transformation.

Arguments and disagreements between partners in a relationship are not uncommon. There are even times when they can be beneficial to the development of their relationship. On the other hand, it doesn’t happen very often that one partner will hire a hitman for their partner in order to have them murdered. That is precisely what happened with the narrative of Dalia Dippolito’s life.

Dalia gives off the impression of being a typical Floridian woman from the outside looking in. She had a normal upbringing in the sense that she attended a Catholic school when she was younger, then moved on to a public high school, and eventually earned her real estate license. In 2008, Dalia met Michael. They were instantly attracted to one another and soon after they tied the knot in marriage. It all appears to be fairly straightforward. However, what transpired that led Dalia to contract the services of a hitman in order to have her husband murdered? 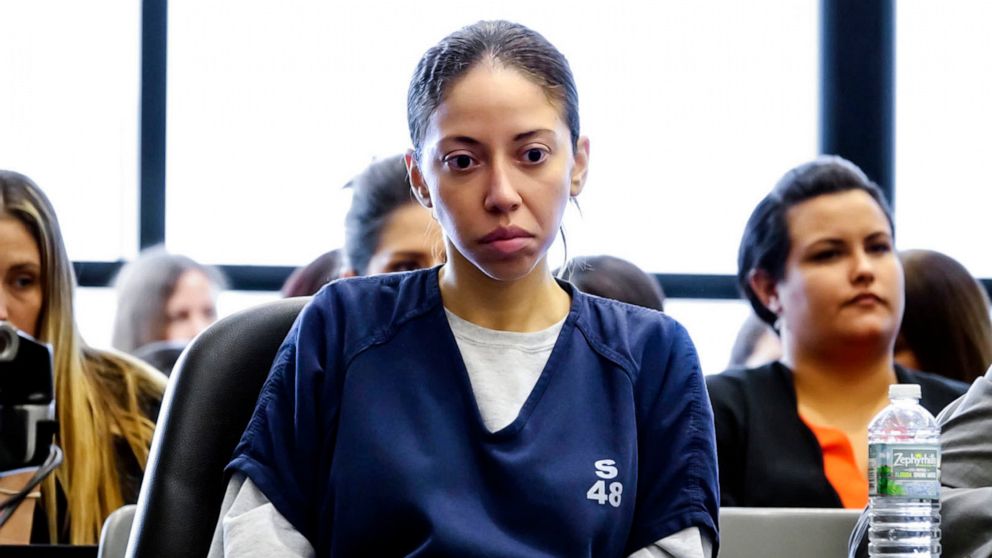 It would appear that there is significantly more to the story than what is presented initially. To begin, neither Michael nor Dalia exemplified the ideal qualities of a good citizen. Michael was a con artist who had been convicted of defrauding investors out of their money. He had been doing this for quite some time. It is said that Dalia was unaware of this fact about Michael and that she discovered it only when Michael’s parole officer paid them a visit. Despite this, Michael asserts that Dalia was fully apprised of his background information.

In addition to this, Michael was already married at the time that he was concurrent with Dalia. Dalia claims that he was in the middle of the divorce process when she began seeing him; if this were not the case, she would not have pursued a relationship with him. None of these scandals were significant enough to warrant the employment of an assassin to ensure that Michael was killed. Now, despite the fact that Dalia held a license to practice real estate, the way in which she met Michael was anything but natural.

Dalia, who was also employed in the escorting industry at the time, became acquainted with Michael after the latter made a request for an escort one evening. In spite of this, despite both of their histories, the two were instantly head over heels in love with each other.

Dalia asserted that she found Michael attractive and that the two of them enjoyed sharing cozy moments in bed together. Michael got a divorce from his previous wife, and then five days later he married Dalia. It would appear that the couple led a quiet life; however, just after six months, the authorities discovered that Dalia had hired a murderer to take the life of her husband.

Even after she was married, Dalia continued to keep in touch with Mohammed Shihadeh, the man she had previously been involved with romantically. Initially, Dalia would engage in conversation with Mohammed and bring up the subject of getting back together. During this time, it is said that she planted drugs on Michael with the intention of having him arrested and sent to jail.

Michael stated that after he started dating Dalia, he all of a suddenly began having run-ins with the law more frequently. They frequently pulled him over on the suspicion that Michael was involved in the drug trade due to unidentified points of information. Additionally, Michael asserted that Dalia had attempted to adulterate his drink with antifreeze at one point in the past.

At this point, it would appear that Dalia was intent on taking matters into her own hands in order to get rid of her husband. She began plotting with Mohammed to remove her husband from the picture, and they ultimately decided that hiring an assassin would be the best option. Together with Mohammed, she was the mastermind behind the crime. At first, Mohammed was under the impression that Dalia was joking.

At first, the police were hesitant, but eventually, they assured Mohammed that he would be able to work with a secret agent to obtain the evidence that they require. As a consequence of this, the law installed recording devices in Mohammed’s vehicle so that it could keep a record of his conversations with Dalia. This recording, which was later made available to the general public by the relevant law enforcement agency, shows Dalia and Mohammed conspiring to commit the crime. He reveals to her that the hitman is asking for a total payment of $7,000, along with a deposit of $1,200.

Dalia is willing to hand over everything. The video provided the police with sufficient evidence to continue their investigation into the case. As a result, they came to the conclusion that the best course of action would be to send in an additional undercover officer who would play the role of the assassin. Widy Jean, a law enforcement official, made the decision to speak with Dalia. Once more, he was outfitted with recording devices by the police department, which allowed them to capture their entire conversation. The video shows Dalia agreeing to hire him as a hitman to kill her husband during this meeting, which is captured on video.

The role of the police officer requires him to explain how he intends to carry out the entire crime, which includes making it appear as though Michael was the victim of a robbery and shooting him twice. He goes so far as to ask for the deposit, and the video shows Dalia handing over a wad of cash in response to his question. In the end, the police officer asks Dalia if she is going to change because it will be impossible to change their actions once the job is finished. This is done to ensure that Dalia truly intended to murder her husband and to obtain conclusive proof.

At this point, Dalia’s infamous words can be heard, which demonstrate her malevolent intent and self-assurance in relation to the crime. She responded by saying that she was “5000 percent certain” that she desired the death of her husband. However, this is not where the tale of Dalia Dippolito comes to an end. The authorities have not yet taken her into custody. Dalia was warned to stay away from the area when the undercover officer revealed the time and date that he would be performing the act.

On the 5th of August, 2009, Dalia obeyed her plan and went to the gym as planned so that she would be absent during the crime. During this time, the authorities contacted Michael, briefed him on everything that had happened, and then whisked him away to a safe location. After that, they went ahead and pretended that there had been a crime committed in front of Michael and Dalia’s house, and they set up additional cameras to record the entire event.

Dalia was told to hurry back to her house after receiving a phone call from the officer in charge while she was at the gym. After that, Dalia goes back to the house, and when she gets there, the police inform her that her husband has passed away. Dalia can be seen crying and appearing to be completely devastated by the news in this video that was uploaded to YouTube the same day by the police. After that, the officer drove her to the police station and brought her into one of the investigation rooms there.

They inquired about any potential adversaries that Michael might have had, as well as whether or not Dalia had carried out this act on her own. During that time, she insisted that she had no prior knowledge. On the other hand, in the end, the police announced that they knew everything, and they charged her with the crime of solicitation to commit first-degree murder.

Dalia maintained throughout all of this that she was innocent and had done nothing wrong. When the police brought out the undercover officer posing as the assassin, Dalia pretended as though she had never seen or spoken to the man in her entire life.

The legal history of Dalia Dippolito includes three trials, and she was found guilty in two of them. The recordings were introduced as evidence in the initial proceeding, which took place in 2011. They contended that Dalia planned to kill her husband so that she could inherit all of her husband’s wealth and start a new relationship with her ex-boyfriend. They also claimed that Dalia wanted to kill her husband.

They went as far as reading out text messages that were both legible and graphic in nature that were exchanged between Dalia and her ex-lover. Dalia later stated that she never sent those messages and that Michael was the one who was responsible for sending them. As a direct result of this, the judge found Dalia guilty, characterized her plan as “pure evil,” and handed down a sentence of twenty years in prison to her.

However, in 2014, the conviction of guilt was overturned by an appeals court on the grounds that the jury for the initial trial had not been selected in an appropriate manner. Following that, Dalia was placed under house arrest, during which time she became pregnant and eventually gave birth to a son. 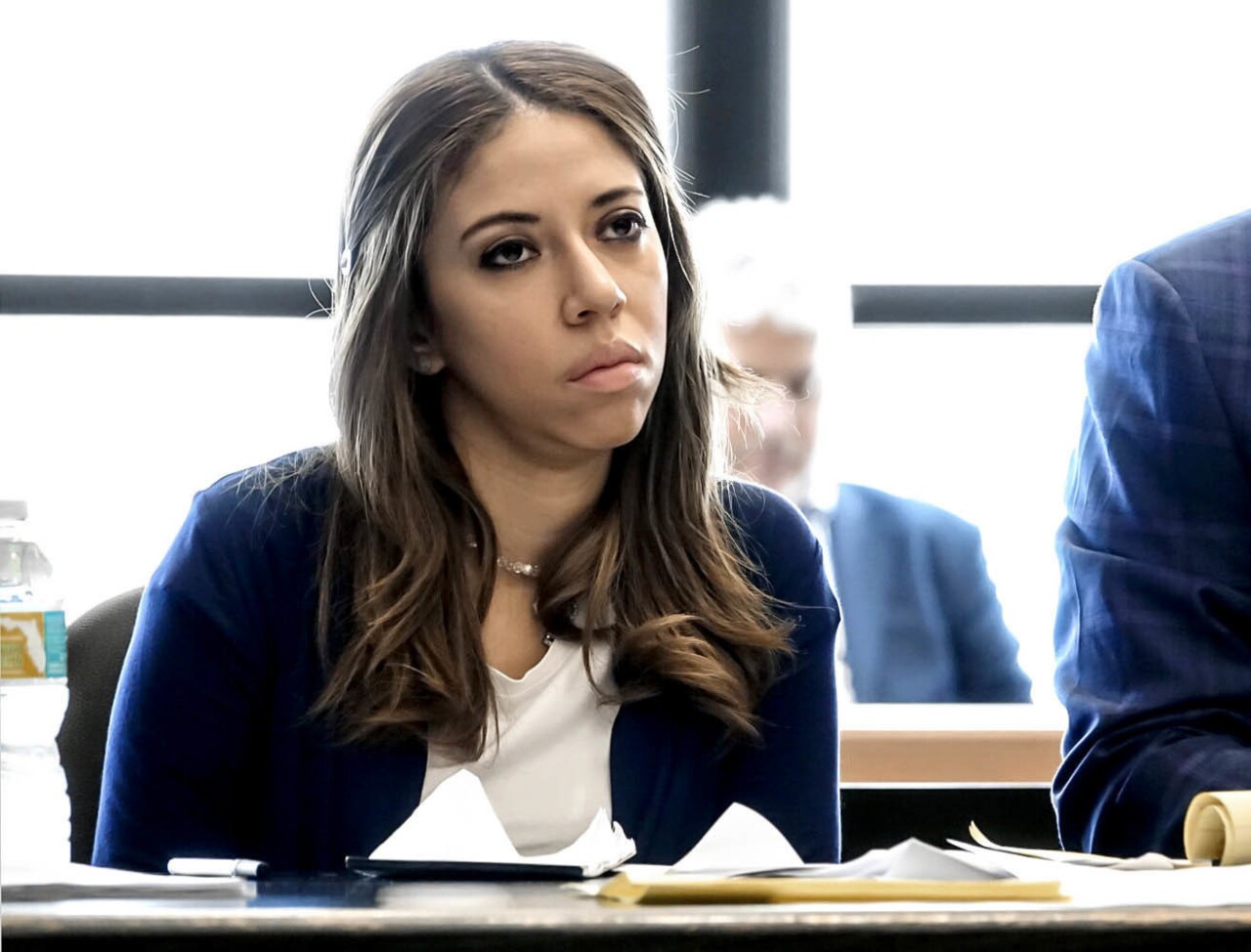 The action of the story takes place during this portion. In 2017, during the third trial, Dalia’s attorneys presented the defense that the entire performance was just a performance to get famous on reality TV. They claimed that the performance was staged in order to gain notoriety. It was rumored that Dalia, Michael, and Mohammed were all complicit in the crime and that they were inspired by the show Burn Notice. Michael flatly refused to take part in any of these activities.

In addition, those close to Dalia accused the Boynton Beach police department of putting undue pressure on Mohammed and exaggerating the severity of the situation solely for the benefit of the television show Cops, which was filming in the area on the day Dalia was taken into custody. Despite this, she was judged to be responsible for the crime, and she was given a sentence of 16 years in prison.

Where is Dalia Dippolito now?

In 2019, Dalia’s legal team made another attempt to have her conviction from 2017 reviewed, but the court declined their request. Dalia is still serving time for the crime she committed at the Lowell Correctional Facility in Marion County, Florida. She has been told that she will not be released until the year 2032.

Dalia has not yet given up her self-assurance and is persevering in her efforts to have her verdict overturned. Aside from that, Michael has moved on with his life since then, having found another significant other and continuing to live his life.

The events that transpired throughout Dalia Dippolito’s life can be evaluated with relative ease. The videos of her meeting with Mohammed and then with the undercover officer portray her as a patient and calculating woman who was fully prepared to murder her husband solely for the sake of his property and the love of money.