Simu Liu is the first Asian actor to feature in a Marvel movie in a lead role. The actor, who was nominated for an ACTRA Award for his role in Blood and Water, portrayed a superhero role in the 2021 Marvel mega-franchise, “Shang-Chi and The Legend of the Ten Rings.”

The University of Western Ontario alum also starred in Kim’s Convenience’s award-winning sitcom. Besides acting, he is an accomplished writer and stuntman.

He received critical praise for his portrayal in Shang Chi and has garnered a lot of attention from Marvel fans worldwide.

With that, many fans started to question if Simu Liu is in a relationship or if the 6-foot-tall’ sexiest man alive is, in fact, single.

Does Simu Liu have a Wife?

Simu Liu is not married. In June 2021, the source published an article saying the Legend of the Ten Rings star has been in a relationship since 2016.

The information has not been confirmed and is speculation at this point, but rumors continued to surface about his supposed relationship with his former co-star Tina Jung. Jung appeared alongside Liu in the TV series version of Beauty and the Beast and two episodes of Kim’s Convenience as the role of Jeanine Park.

As a result of the timeline for when the pair were cast together, speculators say they started dating in 2016.

Liu and Jung also worked together to co-write and produce the short film Meeting Mommy in 2017.

How did Simu Liu and Tina Jung Meet?

Liu and Jung have a mutual passion for acting, writing, and producing films, leading them to meet on the TV series Beauty and the Beast in 2016.

In the show, Liu appears in an episode of the show as an EMT, and Jung appears as a student by the name of Jennifer.

Shortly after, the two appeared in two episodes of Kim’s Convenience, also in 2016, and the following year they collaborated to co-write and produce the short film Meeting Mommy.

In an exclusive interview with RicePaper, Liu and Jung talked about working together on the short film.

“The idea for Meeting Mommy came to us one night as we were brainstorming a project to do together,” Jung said.

“We explored different kinds of relationships, but we zeroed in on the unconditional love of a parent for their child.“

Both Liu and Jung said they worked together for a week to bring the plot together before filming.

Jung said, “The process of Meeting Mommy went by faster than we both had in mind. I think it took about a week for the whole story to come together, from brainstorming to writing the script to the final draft.

“It turned out to be much better than we had hoped, and we are so proud of what it became.”

According to Hollywood Magazine, he was worth $4 million prior to Shang-Chi, and his starred role as Marvel’s newest superhero has bumped his net worth up to $19 million. 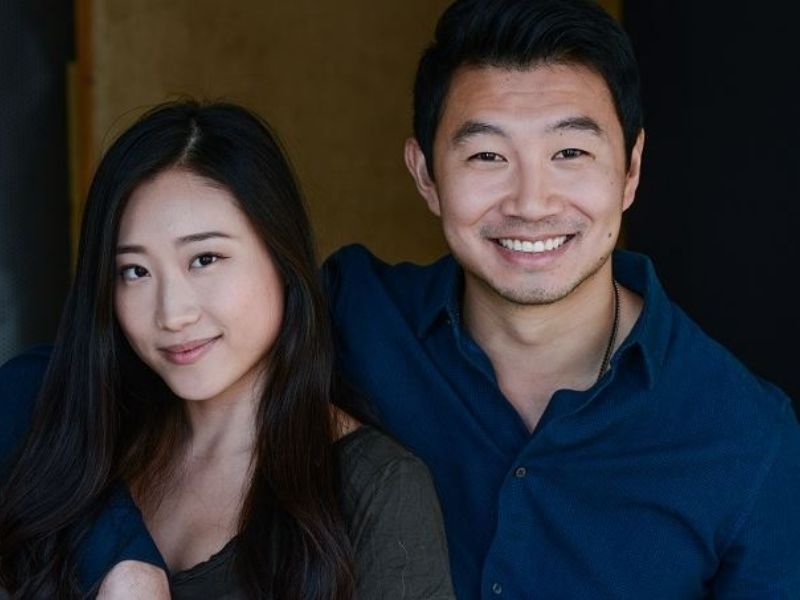 This number is expected to grow now that Shang-Chi is practically a new Avenger and will appear in many more MCU films to come.

Liu is undoubtedly making more than he used to. When asked on Twitter if it was him on the cover of a Canadian parks and recreation program guide, Liu tweeted back, “100% me but from 4 years ago when I did a stock photo shoot for $120!!!.”

Liu is currently working on various movies set to be released in the future.

The movie Arthur the King is currently in production, which also stars Liu alongside Mark Wahlberg. It is based on a true story of a Swedish man who befriended a wounded stray dog during an adventure race in Ecuador.

Liu has also been cast in the film adaptation of One True Loves by Taylor Jenkins Reid. According to the source, the movie “follows the moving love story of a woman unexpectedly forced to choose between the husband she has long thought dead and the fiancé who has finally brought her back to life.” It also stars Phillipa Soo and Luke Bracey.

What is also essential for Liu is to take on roles that portray characters of Asian backgrounds in positive ways.

“For me, my journey in this industry has always been about fighting for representation, fighting for the right to belong,” he said in a 2019 interview.

Liu also added, “With ‘Crazy Rich Asians’, we saw the very first time that a studio was able to look at Asians that were raised in the West — in Canada and America — and treat them as a separate group. That was a pretty key moment that swayed a lot of studio executives and kind of started a paradigm shift to get us to where we are now. And hopefully it’s just a start.”

How to Pronounce Simu Liu?

Simu Liu, the actor best known for playing Jung Kim on Kim’s Convenience and Marvel’s Shang-Chi and the Legend of the Ten Rings. He clarifies how to pronounce his name. So, Liu has taken to Twitter to explain once again that the proper pronunciation is “SEE-moo.”

“Had a great time presenting at the #AACTAAwards last night! It was an honour to be invited, but I WAS surprised to be introduced as a ‘Hong Kong cinema veteran’ despite never having set foot there… 🤔 Anyway; the staff were all great. Maybe the announcer needs Google though,” Liu wrote. “Also for the 98746266th time it’s pronounced SEE-moo.”

The Story Of Robin Wright And Her New Husband, Clement Giraudet