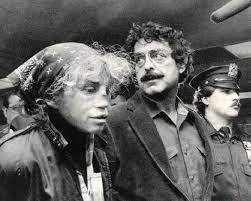 This extreme case of torture and abuse will shake you to your core. Lisa Steinberg was a kid who died as a result of her adoptive father, Joel Barnet Steinberg, hurting and beating her for several years.

Following Lisa’s death, New York City officials were forced to change the way adoptions and child abuse cases were handled. But who is Lisa Steinberg and who are Hedda Nussbaum and Joel Steinberg?

Joel Steinberg was born and reared in the New York City boroughs of the Bronx and Yonkers. He was a 46-year-old lawyer who specialized in criminal law. Once he met Hedda Nussbaum, who is a writer, and editor, and started dating.

In 1977, both Nussbaum and Steinberg shared a brownstone flat in Greenwich Village, New York City. Hedda was madly in love with Joel. “To Joel, my everyday inspiration,” she wrote in her 1977 book Plants Do Amazing Things. 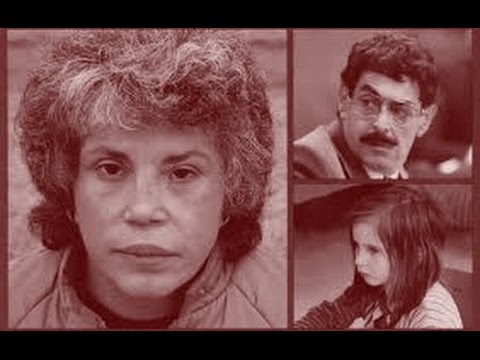 When Hedda started living with Joel, the two never married. Shortly after living together, Joel began abusing his common-law wife swiftly, and Random House terminated Hedda in 1981 as a result of her excessive absences from work owing to her abuse.

Elizabeth Lisa Launders was born in Manhattan, New York. She was a daughter of an unmarried college student who dropped her at the orphanage. Later, a Jewish couple, Hedda Nussbaum and Joel Steinberg adopted the child immediately after her birth.

They named her Lisa Steinberg. Nussbaum and Joel Steinberg obtained custody of a baby Lisa in 1981 under questionable legal circumstances. However, the couple was Jewish, and the girl’s biological mother had paid Steinberg a legal fee of $500.00.

But why Hedda Nussbaum and Joel Steinberg legally adopted Lisa is still a question. Just to set Lisa up with a Roman Catholic family, Lisa’s birth mother, Michele Launders, took the money from them.

Later, the couple adopted another 16-month-old toddler, Mitchell, under ideal circumstances. He was also adopted illegally by Nussbaum and Steinberg.

Lisa Steinberg spent the next six years of her life in their filthy and increasingly gory Greenwich Village apartment, where Joel and Hedda indulged in their sadomasochistic fantasies with zero concern for the child’s safety.

When Lisa Steinberg turned six, she was an energetic child. On November 1st night, Joel Steinberg was going out with his friends for dinner and partying. Lisa was insisting Joel take her with him.

Joel refused to take her along with his friends, and during their tantrums of Lisa made Joel strike her in the head, and she passed out. Nussbaum was alone with the dying daughter, Lisa, for around 10 hours, failing to call the cops or seek medical help.

Joel Steinberg left and returned numerous times, freebasing crack cocaine on each occasion. Hedda and Joel violated every boundary and contacted the cops 12 hours after Lisa was assaulted on November 2nd, 1987.

The cruel couple claimed that their daughter had choked on some food and informed the police to look into the matter. Lisa was taken to St. Vincent’s Children’s Hospital dazed and covered with unexplained bruises all over her 43-pound body by medics.

Hedda Nussbaum explained Lisa’s bruises and wounds by saying she had fallen a lot recently on her roller skates. When the first paramedics arrived at the house, Lisa was totally unconscious.

However, Mitchell, a 16-month-old infant, was found alive and well in his crib unattended, lying in his own pee and feces. According to police records, Nussbaum did not report Steinberg to authorities because she felt he possessed mystical healing abilities.

And, Joel Steinberg went out to party with his pals. Her death was attributed to a head injury, most likely inflicted by a rubber-headed hammer. Hedda stated that she was anticipating Steinberg’s arrival.

Hedda Nussbaum believed Joel Steinberg would be able to reawaken Lisa after her brain had been destroyed. After Joel returned, Hedda took cocaine with him to “relate better.”

After interrogation, Hedda’s body was covered with bruises, revealing that she had been tortured. Doctors examined Hedda and discovered she had many broken ribs, a shattered jaw, a fractured nose, and badly abscessed legs, all of which had occurred over time.

Joel was found guilty of first-degree manslaughter in Lisa’s murder, and Hedda, who testified against her boyfriend, became a famous figure, with advocates for victimized women coming to her defense.

Hedda was not charged since she was helpless to protect Lisa and was not implicated in her abuse other than failing to report it. Mitchell was discovered in filthy surroundings after Lisa’s death.

Nicole Smiegel, the toddler’s birth mother, had given up her parental rights to the child. Smiegel was eventually given custody of her son despite the lack of an official adoption.

Lisa had also been sexually molested by persons from outside her close relatives, according to Nussbaum’s testimony in court.

Medical experts testified throughout the trial that, while Lisa’s injuries were serious, she would very definitely have lived if she had received timely medical attention.

Despite admitting to experimenting with narcotics and idolizing Steinberg to the detriment of herself and her children, Nussbaum maintained her innocence.

Hedda was fully enthralled by her lover Joel’s stories and used to believe them. Nussbaum had sought professional psychological help.

She eventually worked as a counselor for a battered women’s organization after co-facilitating a support network for battered women for roughly eight years. Nussbaum started conducting abuse seminars at colleges and shelters in 1995.

However, after her release from jail, Steinberg faded from view until the publishing of her book a year and a half later. Feminist academics and activists were divided on the Nussbaum issue.

Some regarded Nussbaum as the classic victim of domestic violence, whose choices were influenced and limited not just by her violent boyfriend, but also by a mentality that downplays the severity of domestic abuse.