Who is the wife of Derrick Jaxn? Are they still together? 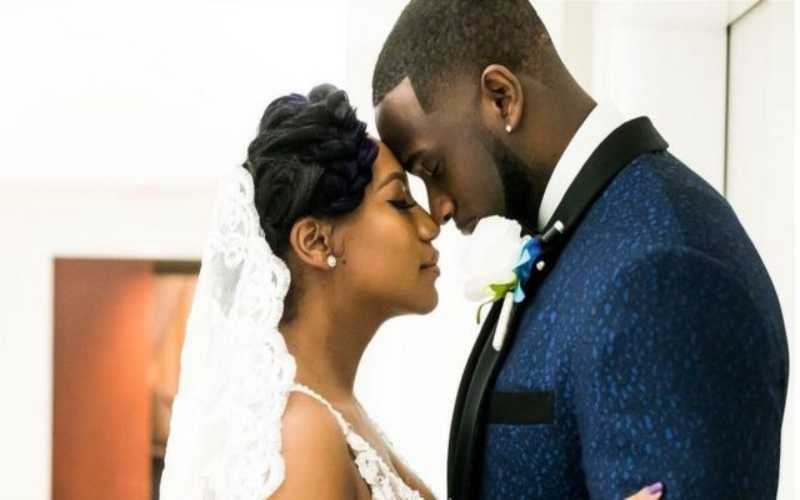 Derrick Jaxn, who is known for preaching “Healing and Healthy Relationships,” made his confession in a video that was posted to Instagram. Da’Naia Jackson, Derrick’s wife, also appeared in the video.

After his, over 1.3 million followers on Instagram discovered his infidelities, a relationship expert who has admitted to having numerous affairs has come forward to admit his guilt.

The Rise to The Derrick Jaxn Fame

Derrick Jaxn, who was born in Yonkers, New York, on July 20, 1989, has amassed quite a following across his various social media platforms. In 2010, Jaxn launched a channel on YouTube in which he shared his insights and perspectives on love and romantic relationships, in addition to letting women know what they can anticipate from a genuine man. 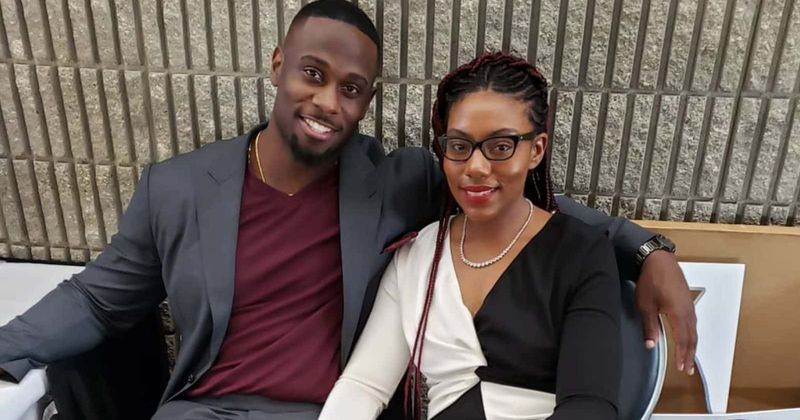 In the year 2020, the truth and the dark side of human nature were revealed to the wife of relationship expert Derrick Jaxn, as well as thousands of his other fans.

Candice De Medeiros, a social media influencer, was the first to drop a bombshell on the situation. The social media influencer has built her reputation by sharing motivational and uplifting quotes on her platform and offering her own unique perspective on love and relationships. I am beginning to recognize a pattern among all of these influencers and the “advice” they provide.

When Medeiros appeared on Tasha K’s vlog, she revealed the affair to the public for the first time. Not kid-friendly btw. The offended influencer, who is rumored to have known Jaxn for several years, asserted that Jaxn had invited her to the Atlanta home he shares with his wife in order for the three of them to spend time together. In addition to this, she was able to produce receipts that demonstrated the amount of money that the cheating Jaxn had spent on her.

Almost immediately after these allegations were made public, a second woman came forward on the Tasha K vlog and claimed that she met the relationship guru through the social media platform Instagram. According to her account, the two were together for a number of months before Jaxn revealed to her that he had reconciled his marriage to another woman.

Another woman, this one a surgeon from Atlanta who is 33 years old, came forward as well and stated that she had a sexual encounter with Jaxn. According to the doctor, she was approached by Jaxn in an Atlanta mall, and she was under the impression that Derrick Jaxn’s wife was living out of state and that the couple was separated. Jaxn is the man who allegedly approached her.

In 2016, Derrick Jaxn and Da’Naia welcomed the arrival of their first daughter into the world. This occurred prior to the couple getting married.

In the end, the couple would tie the knot in 2018, and shortly thereafter, they would welcome another daughter into their family. Since the very beginning of his career as a YouTuber, relationship expert, author, and highly successful entrepreneur, Derrick Jaxn’s wife has been by his side, supporting and assisting him in his endeavors.

Thousands of people had put their faith in Jaxn, hanging on his every word, and looking to his “expert” advice in the hopes that it would help them improve their romantic relationships. On the other hand, just like the world we actually live in, nothing on the internet or in social media is ever entirely what it seems to be.

Jackson. The couple decided to start a family together after they got back together, and they have made it a point to post updates about their relationship on the internet. Jaxn is the author of several books offering relationship advice and regularly posts videos in which he encourages men to step up and treat women appropriately.

Most people are aware that DaNaia Jaxn, Derrick Jaxn’s wife, has reconciled with her husband and claims to have forgiven him. DaNaia spent much of the year 2020 away from her husband in order to move on with her life after him. Many people are likely unaware of the fact that she did leave her cheating husband and file for divorce.

Nevertheless, Jaxn’s wife would end up having a change of heart a few months after they filed for divorce.

Before she claims to have noticed significant changes in her cheating husband’s behavior and personality, DaNaia was completely over their relationship. In the video that the couple uploaded to YouTube but has since been taken down, Derrick Jaxn’s wife is heard saying this.

“So today, where I’m at, it’s at peace and by his side, and I have no hesitation or hurt or shame about that, and it’s only because of the grace of God and the mercy of God. “And we have already turned a new chapter in this story, and we are continuing to move forward, and we are just now sharing this with you, and I forgave him, and most importantly, God has forgiven him and the others as well. “And we are continuing to move forward. 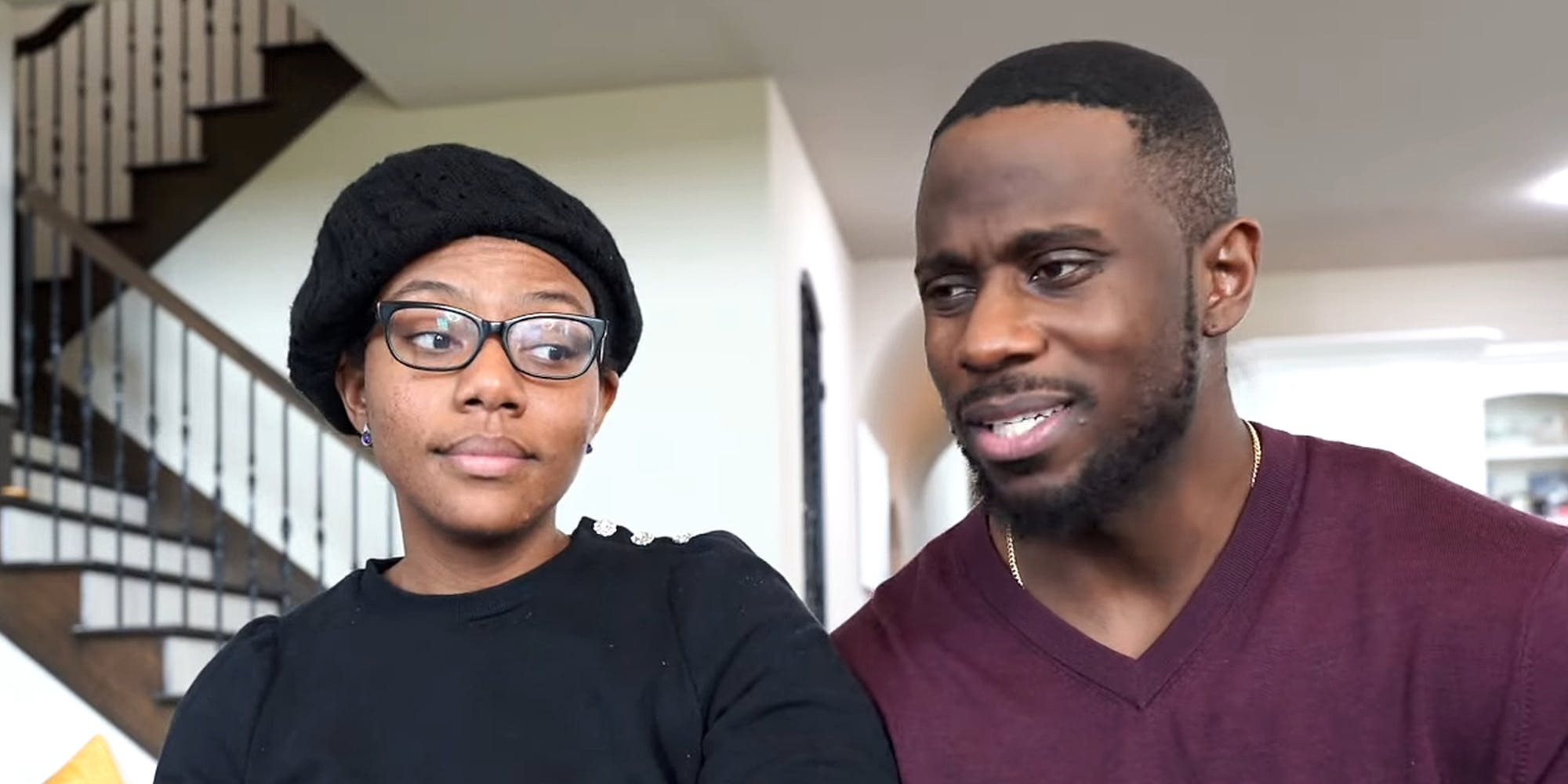 “Derrick Jaxn was involved with other women outside of the marriage,” he began in the clip, referring to himself in the third person to describe his behavior toward other women. “And by involved, I just want to make it clear that I’m not talking about just hanging out in a casual manner, perhaps having lunch together, or something along those lines,” As for Da’Naia, she was given the opportunity to share in the clip the reasoning behind her decision to continue living with her husband of three years.

She stated that there was no justification for bringing another woman into our relationship on any level and that this was what she meant. “I have been inundated with messages asking why I haven’t left, but the answer to that question is that as soon as I found out, I left. I did not dillydally or squander any of my time. I remained adamant that I would not return.”

She continued by saying, “I did not come back until I saw a shift in his mentality as well as how he carried himself and how he presented himself while engaging in conversations.” “Today, I have found peace within myself, and I am honored to stand by his side. Regarding that, I have no reservations, no feelings of hurt, and no shame. I’m talking about something as serious as sex, including sexual flirtation, getting together, and other activities of this nature.

He went on to say that “everything falls under the umbrella of inappropriate, affair, cheating, stepping out, and is most certainly not in alignment with the vows that I took.”

A woman named Candice De Medeiros claimed that she had been having an affair with the YouTube personality, who has 737,000 subscribers and over 1 million followers on Instagram. This led to the mea culpa being issued by the individual in question. Following the discovery of his extramarital affairs by his 1.3 million followers on Instagram, a relationship expert who has admitted to having multiple affairs has come forward to admit his guilt.

Speaking to the camera about himself in the third person, he stated that “the truth is Derrick Jaxn was involved with other women outside the marriage.” “Everything fits into the category of cheating, affairs, and stepping out,” the speaker says. The video, which users have dubbed “cringe-worthy,” has received a total of 2.6 million views on Instagram in just one day, along with an additional 600,000 views on YouTube and a half a million views on Facebook

During the video that was uploaded on Tuesday, Derrick stated, “I cannot build a platform preaching certain things and then in my real life live contrary to that.” “I’m also not a victim,” she continued. There was no one to force me to do this. She didn’t make me or push me to do it. I have to give an account for the decisions I’ve made, as well as the decisions I’ve made in succession.

In 2012, Jaxn rose to prominence after he began writing on a blog about the errors in judgment that led to the breakup of his relationship with Jackson, his college sweetheart. After the couple got back together, they decided to start a family and made it a point to post updates about their relationship on the internet. Jaxn is the author of a number of relationship advice books, and he also posts videos on his YouTube channel in which he encourages men to step up and treat women appropriately.

Jaxn initially stated that he and his wife were living apart at the time of the affair, and he posted and then deleted a video in which he claimed that he did not cheat on his wife.

But in the most recent video, while the two of them were holding hands, Jaxn maintained that his wife was not taken aback by these allegations: She had been aware of them for some time due to the fact that he had admitted their relationship and even left Jaxn as a result of it.

Jackson supported him in his argument. She claimed that “there’s nothing out there that I don’t already know,” and she was right.

According to Jackson, “I agree with people who are saying that there is no justification for bringing other women into our marriage… when I found out about it, I left.” “I did not return until I noticed a shift or a change in his mentality,” the person said. She is able to forgive him, and the two of them have begun “a new chapter” in their relationship by putting their faith first.

Originally published on Instagram by derrickjaxn with the caption “Did I Cheat In My Marriage?” #TheTruth is a collaboration with Da’Naia Jackson.

Those who left comments weren’t encouraged to follow his counsel in the future. One of your former admirers remarked in an online post, “After all that talking you were doing, you really did your Queen as this im done!”

“Wow, he must be one of the best manipulators around. Observing his mannerisms can be very unsettling. Another person added, “I pray that this woman has a support system to lift her up and out of this situation.”

One commenter wrote of Jackson, “She looks like she’s under pressure.” Jackson was responding to the comment. Quite a few people commented on how the hand-holding appeared to be forced.