Christie Downs Story: Where is She Now? 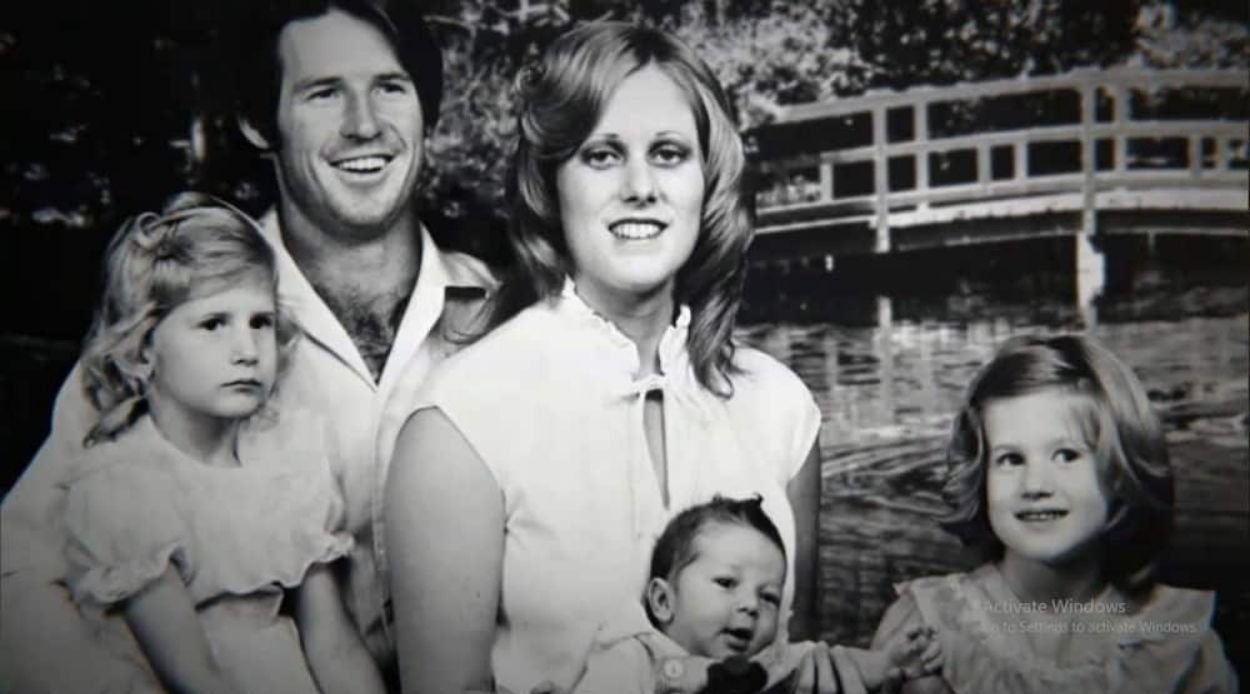 In the 1980s, Danny Down and Christie Downs made national headlines after their mother rushed them to the hospital with life-threatening gunshot wounds. Reports claimed that their birth mother had inflicted injuries on them, which caused many people to be startled by their narrative.

When Christie Downs’ parents split up in 1980, she was only five years old at the time. But regardless of how challenging the experience was for her, it was nothing in comparison to the events that took place just three years later, when Christie’s mother, Diane Downs, made an attempt on the lives of Christie, Danny, and Cheryl because her new partner didn’t want any children.

Even though Diane Downs had a difficult upbringing of her own, she was able to get away from her alcoholic and violent father and create a new lifestyle for herself. In addition to getting married to her high school boyfriend, she went on to have three happy children: Christie Downs, Cheryl Lynn Downs, and Stephen “Danny” Downs.

Today, the story of the siblings is still being discussed all over the world, and many people are curious as to what became of them after the experience that they went through.

How Many Children Did Diane Downs Have?

Diane Downs is the mother of four children who she gave birth to.

There are accounts that contradict one another that claim that during her fourth pregnancy, Downs also served as a surrogate and gave birth to a daughter after her trial in 1984.

It was suggested by her detractors that she had gotten pregnant on purpose in order to win the jury’s sympathy.

Downs stated, “I got pregnant because I missed Christie, Danny, and Cheryl so much that it was the only logical choice.”

“Children are irreplaceable, but the influence they have on their parents can be replicated.”

She chose the name Amy Elizabeth for the baby she was going to give up to the state so that her adoptive parents could take care of her.

Amy, who was adopted and given the name Becky Babcock, revealed the identity of her birth mother to the public in the year 2010, and she has also met her in an effort to learn more about where she came from.

Prior to her incarceration, Elizabeth Diane Fredrickson Downs was employed by the United States Postal Service in Springfield, Oregon. When we last saw them, Danny, Christy, and Cheryl were ages 8, 7, and 3 respectively.

Diane checked herself into the emergency room of the Mackenzie-Wilmette Hospital in Springfield, Illinois, late one night in May of 1983. She protected her children, who sustained life-threatening wounds after being fired at from very close range. She took them with her.

Cheryl was immediately declared dead by the attending medical staff after their arrival. Both Christie and her younger brother Danny were desperately clinging to life at that moment.

He claims that a stranger with wild hair attempted to carjack Diane Downs while also shooting her children while the roadway was empty and rural. In addition to it, there is a bullet hole in his shoulder.

The American criminal stated that at the time of the awful incident that evening, he and his companion were out doing some sightseeing on their way back home after visiting a friend.

Injuries sustained by Danny rendered him unable to use his limbs, while Christie, who already had dilated pupils and low blood pressure, suffered a stroke that impaired his ability to communicate verbally.

The preliminary examination into the matter uncovered the fact that Downes lacked emotional depth and that his version of events was implausible. In addition, it was not clear why a mother would choose to go sightseeing in the dark with her children.

After then, as the inquiry is restarted, the cops find a notebook in which Diane expresses her love for a man named Lew, who states in the journal that he does not wish to visit her in the presence of children.

Christie’s memory of the events of that night started to come back to her a few months following the exam.

Before the prosecutor, he declared under oath that he had not encountered any unknown people during the previous evening and that his mother was the one who was responsible for the shooting.

When questioned as to why her mother would act in such a manner, the child of nine years old responded, “Perhaps she loved Lew more than we did.”

Nine months after the catastrophic event, officials in the United States condemned Diane Downs for the murder, attempted murder, and criminal assault charges. His punishment included both life in jail and fifty years in prison.

Three years later, Downs attempted to get out of prison, but he was eventually caught and relocated to a different correctional facility.

In 1986, the prosecutor took Christie and Danny Downs, who was being held in defense custody at the time, and incorporated them into the case of their mother, Fred Hughie, and their father’s wife, Joan.

Even though they had experienced a horrific event, Diane’s children continued to live a normal family life in their new house.

Who is Christie Downs?

Christie Ann Downs and Danny Down were two of Diane Downs’ children who were still alive following the sad incident that took the life of their sister Cheryl Lynn. 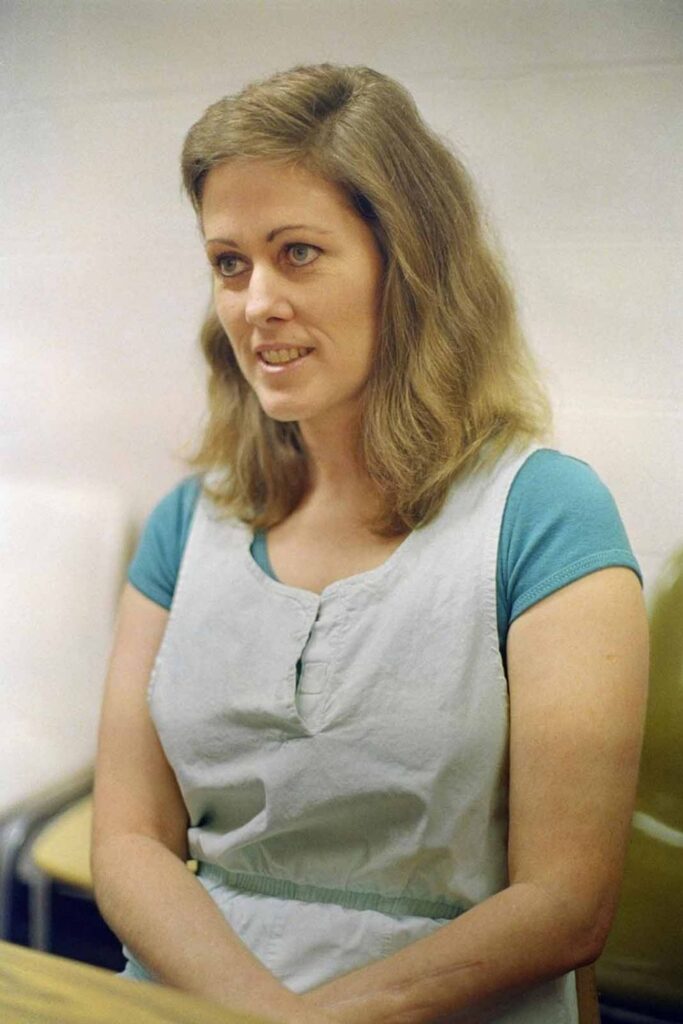 Hugi and his wife never had any children of their own. They were childless. On the other hand, Fred was moved by Danny and Christy’s story, and he made a point to see them frequently while they were in the hospital. Therefore, he made the decision to incorporate them into his own family. 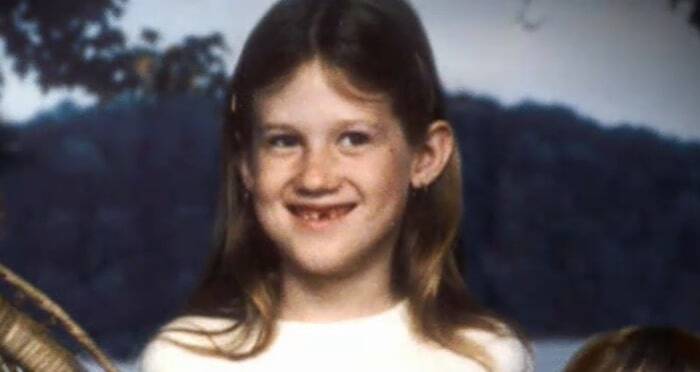 The prosecutor has maintained a low profile, and there is no information available regarding his current location. However, as a result of the horrible incident, their blended family provided a safe haven for two victims of the shooting who were living in fear of their mother.

What happened to Danny and Christie Downs?

Prior to her incarceration, Elizabeth Diane Frederickson Downs was employed by the United States Postal Service in the city of Springfield, Oregon. They were eight years old, seven years old, and three years old, respectively, when Danny, Christie, and Cheryl were born.

Diane drove herself into the emergency room of the McKenzie-Willamette Hospital in Springfield, Oregon, late one night in May of 1983. She carried her children, all of whom had sustained severe bullet wounds as a result of being shot at close range.

Cheryl was pronounced dead as soon as medical personnel arrived at the scene. Both Christie and her younger brother Danny were desperately clinging to life at that moment.

She claimed that an unknown person with bushy hair had shot Diane Downs’ children while attempting to carjack them on an empty country road. In addition to that, she received a bullet wound on her right forearm.

The American criminal stated that at the time of the horrifying attack that evening, he and his companion were out sightseeing on their way back to their apartment after visiting a friend.

While Christie, who already had symptoms such as dilated pupils and low blood pressure, suffered a stroke that affected her ability to communicate, Danny was injured to the point where he became paralyzed.

Initial inquiries into the matter revealed that Downs lacked emotional depth, and their findings indicated that her story was implausible. In addition, it was unclear why a mother would want to take her children touring in the evening.

The authorities then reopened their investigations and found a journal in which Diane had written about her feelings for a man named Lew. In the notebook, Diane stated that Lew did not want to see her in the presence of their children.

Christie didn’t begin to piece together what had happened on that fateful night until a few months after the ordeal.

She swore in front of the District Attorney that she had not encountered any unusual people during the previous evening and that her mother was the one who was responsible for the shootings.

When the nine-year-old girl was questioned why her mother would act in such a manner, her response was, “Perhaps she loved Lew more than we did.”

Nine months after the catastrophic event, the American authorities found Diane Downs guilty of murder, attempted murder, and criminal attack. Her punishment included an additional 50 years to life in jail.

Three years later, Downs attempted to escape from prison but was eventually caught, at which point he was sent to a new facility.

In spite of the terrifying incident that befell them, Diane’s children continued to have normal family lives in their new residence.

Hugi and his wife never had any children of their own together. Despite this, Fred was moved by Danny and Christie’s story, and he made it a point to see them frequently while they were in the hospital. Because of this, he made the choice to incorporate them into his existing family.

The prosecutor has maintained a low profile, and there is no information available regarding his current location. However, for the two victims of the shooting who were living in fear of their mother as a result of the terrible crime, their blended family was a safe haven.

Where are Survival Children of Diane Down?

After the accident, Christie Downs, who was a witness and a survivor in the case involving her mother, is now 48 years old and has a speech handicap as a result of the incident.

She was a student at the University of Oregon and she and her husband and children made the town of Eugene their home. In 2005, the couple welcomed their first child, a son.

Cheryl was Christie’s late sister, and she honored her memory by naming her daughter after her. Diane Downs and Christie have not engaged in any kind of conversation or exchange of information.

Danny is unable to move below the waist due to his injury. He is a self-proclaimed “tech nerd” who prefers to remain in the background.

The 43-year-old actor is allegedly going about his normal life, but information regarding his personal life, such as whether or not he is married or has children, has not been made public.

The youngest of Diane’s children is the one who has spoken publicly about her mother and has been heard discussing the issue on programs such as The Oprah Winfrey Show.

Becky is a resident of Bend, Oregon, where she maintains a career as a Behavioral Health Coordinator.

After the terrible event, Danny and Christie’s Downs have picked up the pieces of their lives and created a respectable existence for themselves.

Their mother, Diane, is currently serving out the remainder of her term in the Central California Women’s Facility despite having two parole requests turned down.

Nevertheless, Diane has always said that she is not guilty, and she has stated on multiple occasions that she continues to adore and worry about her kids.

Who is Victoria Triece? Biography, Age, Husband, net worth and more