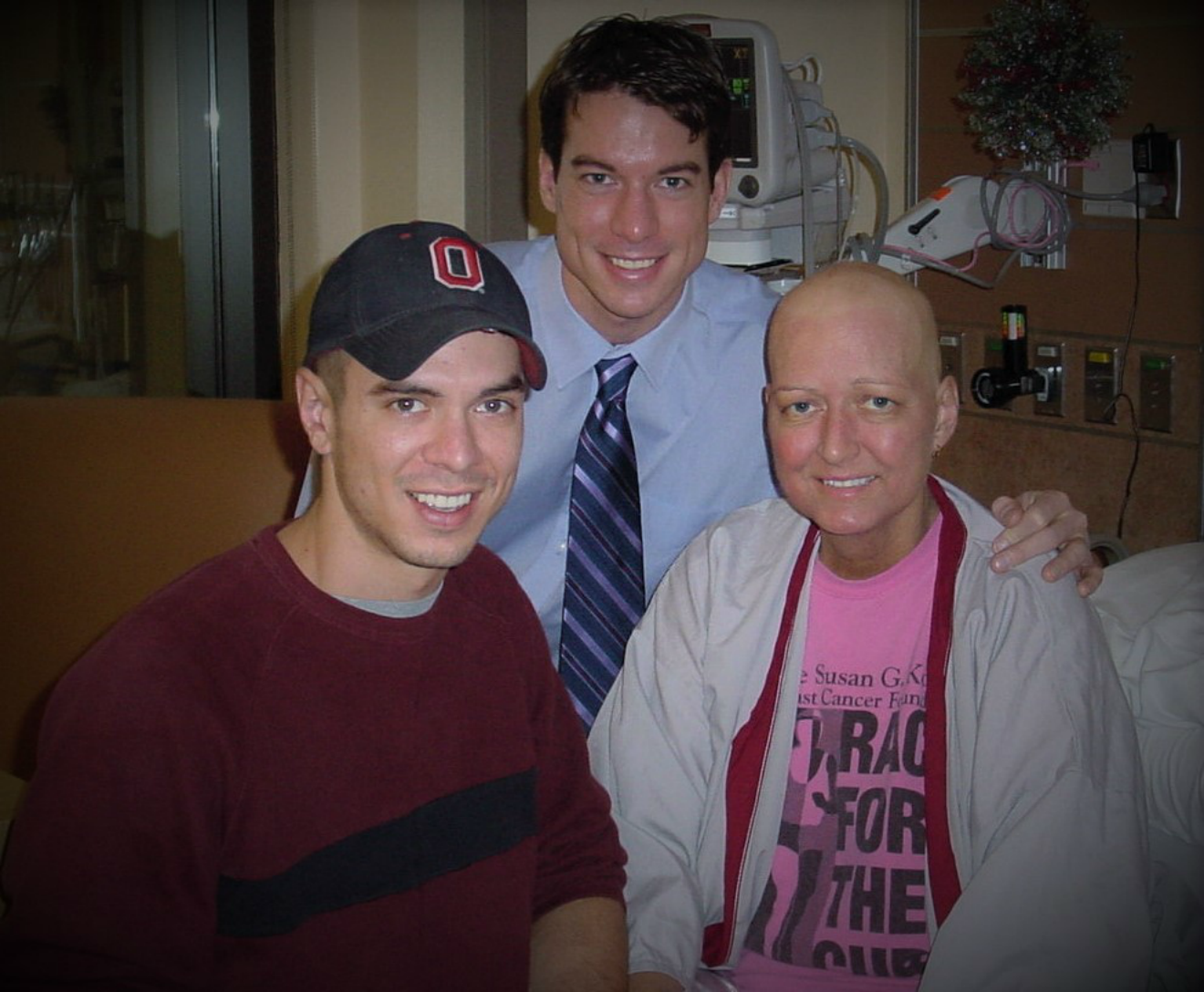 Other such posts have also been made. Theories involving Brian Shaffer disappearance continue to circulate even to this day, despite the fact that many people continue to be perplexed as to what actually took place to him. Be advised, however, that just because a lot of people hold certain beliefs does not necessarily mean that they are true. Here are the theories that have received the most attention about the matter in question.

The last time anyone saw the man alive was just a few minutes before 2 a.m. on Saturday, April 1, 2006, outside the Ugly Tuna Saloona bar in Columbus, Ohio, where he was talking to two women before seemingly re-entering the establishment through the front door. Brian Shaffer was from Ohio and lived in Columbus.

According to Columbus Monthly, the Ohio State University medical student, who is 27 years old, spent the night of March 31 bar hopping with a friend named William “Clint” Florence, beginning at the Ugly Tuna and returning there at approximately 1:15 a.m. with a friend of Florence’s named Meredith Reed. Florence and Reed recognized that Shaffer was missing when the store closed, but no one gave it any attention until April 3, when Shaffer failed to make a trip to Miami that he was supposed to travel with his girlfriend, who is also a medical student.

According to The Columbus Dispatch, in the 15 years that have passed since Shaffer’s disappearance, one important person in his life has passed away. In 2008, his father, Randy, was killed in a freak accident.

Soon after that, Waggoner wed another man, and she is now the parent of her own children; Brian’s younger brother, Derek, now has a family of his own. There have also been a number of false dawns, one of which was a message on Randy Shaffer’s memorial page reportedly written by Brian, who at the time was said to be residing in the Virgin Islands. Sadly, the post turned out to be a fraud.

WAS IT AN ACCIDENTAL DEATH OR SUICIDE?

According to Talk Murder With Me, the Ugly Tuna Saloona featured what many people referred to as an emergency escape. However, it is important to note that this exit was not designed for customers to use, and it reportedly went to a construction site. 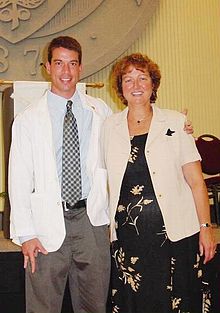 Some people believe that Brian Shaffer was trying to take a shortcut home by using the emergency exit, but he ended up falling into a hole while navigating the construction site, which is not the safest place to be if you’ve had four or more drinks. However, some people believe that this is what happened. On the other hand, the journal stated that construction workers would have most likely seen a man within a hole before pouring cement into it. This was stated before the man was found dead in the pit.

As Shaffer was never seen leaving the Ugly Tuna on security cameras, the website added that there are some people who believe he “died accidentally” while he was inside the bar and that the staff secretly disposed of his body at the construction site to avoid potential lawsuits from Shaffer’s family. Shaffer’s family may have brought legal action against the establishment. Talk Murder With Me was able to refute this possibility as well, given that there was a significant chance that someone would have been so wracked with guilt that they would have gone to the authorities to report the incident.

There is also the possibility that Shaffer took his own life before passing away. Three months after Shaffer vanished, a cellphone ping was detected in Hilliard, a city located 22 kilometers (14 miles) to the northwest of Columbus. One Reddit user suggested that the ping may have been caused by Shaffer turning on his phone for the final time before taking his own life. This, however, is entirely based on conjecture, and there has not yet been any concrete proof to support the claim that Shaffer was contemplating ending his own life.

MANY GUESS THAT SHAFFER MAY HAVE DISAPPEARED IN ORDER TO START A NEW LIFE FOR HIMSELF.

When someone vanishes without a trace, one of the hypotheses that is most frequently proposed to explain their disappearance is the possibility that they made the decision to begin a new life somewhere else. According to the True Crime Times on Medium, this theory has been proposed in regard to Brian Shaffer. At the time of his disappearance, he was in the midst of grieving the death of his mother, Renee, who had passed away just three weeks earlier from cancer.

Although it appeared as though he was putting on a brave front in the presence of friends and family, it’s possible that he was actually concealing the extent to which the loss had truly affected him. There is also the fact that he wanted to be a musician and that he said that being a doctor was only a secondary option for his professional path. It’s possible that his mother’s passing prompted him to start his life over again from scratch.

According to the True Crime Times, the hypothesis does not appear to have a great deal of credibility. Not only was Shaffer performing well in school and displaying promise in two potential career paths, but he was also in a happy relationship with his girlfriend and was rumored to be planning to propose to her. Shaffer’s success in school and his promise in both of these potential career paths were both contributing factors to his success.

See Also :  The Tragic Death Of Carl Judie: What Becomes the Cause of His Death
Similar posts

WAS Brian Shaffer FRIEND HIDING SOMETHING ABOUT HIS DISAPPEARANCE?

Clint Florence was one of the few persons who saw Brian Shaffer alive in his final moments, and he also stands out for another reason related to the investigation: according to The Lantern, he is the only person who is familiar with the case who has declined to take a polygraph test. When asked about the matter by the journal in April 2009, private investigator Don Corbett disclosed that Florence, through his attorney, was still opposed to the concept of taking such a test as late as September 2008.

In addition, the attorney, Neil Rosenberg, gave the impression that he blamed Shaffer for the anguish that his family and friends were experiencing as a result of his abduction. “If Brian is still alive, as I’ve been lead to think after meeting with the investigator who was investigating the case, then it is Brian, not Clint, who is the one responsible for the anguish and suffering that his family is experiencing. It’s time for Brian to step out and put an end to this “Take a look at the email that Rosenberg sent to Corbett on the 22nd of September.

During a phone interview with The Lantern in April 2009, Florence stated that “ANY and ALL queries” regarding Shaffer’s case should be sent to his attorney, and she emphasized that the phrases “any and all questions” should be capitalized. In the meantime, Rosenberg stated about the same time that he regarded the case to be concluded and that he would not be offering any additional comment.

Taking into consideration how tight-lipped Florence and Rosenberg have been about the situation, there is a possibility that Shaffer’s acquaintance was involved in his abduction. Some users on Reddit are of the opinion that this is the case, while others are of the opinion that he did the right thing by refusing to take a polygraph, taking into consideration the fact that Shaffer’s brother Derek had suspected Florence of withholding information and had claimed that he cast Brian in a negative light after he disappeared (via Medium).

These guys were later discovered lifeless alongside smiley-face graffiti, which is where the term originated. In most cases, they had drowned in neighboring bodies of water before their bodies were discovered. At the time of his disappearance, Brian Shaffer was a medical student who was 27 years old and who exhibited apparent signs of intoxication. He seemed like the prototypical victim. According to the True Crime Times blog on Medium, this idea contains a number of flaws that make it difficult to think that Shaffer, or any of the other alleged victims of the Smiley Face Killers, was killed in such a manner. “If these highly educated, ‘rich’ young men are being targeted, one would expect there would be at least a few complaints of them being followed or stalked,” the website noted. “One would think there would be at least a few instances of them being followed or hounded.”

One scenario that is quite similar to this one suggests that Shaffer had gotten acquainted with the band that performed at the Ugly Tuna and that he exited the building with the band, as well as the staff, through the emergency exit because he did not realize that the front entrance had already been locked.

After deciding to walk back home alone, Shaffer could have “encountered some sort of nefarious activity” because of the location of the bar, which was in a sketchy part of Columbus. Although True Crime Times believes this to be the most credible scenario, the site emphasized that there is a great deal of uncertainty regarding the “when, where, and how” of the events.

SHAFFER WAS SUPPOSEDLY SEEN IN TIJUANA IN EARLY 2020

In the years after Brian Shaffer went missing, there were a number of people who claimed to have seen him, which is something that happens frequently with missing persons and, in particular, with celebrities who passed away under unexplained circumstances. The most recent one occurred at the beginning of the year 2020 when an image of a purportedly homeless American guy who resembled Shaffer began to circulate among those who wished to learn the truth about what had truly occurred to him.

In order to “[act] cautiously,” as the outlet mentioned, the local authorities collaborated with the FBI and asked for a facial recognition analysis to be performed on the poster. Blanch Tucker, a detective in Columbus, Ohio, received word from the Federal Bureau of Investigation (FBI) after a wait of four weeks that the agency had determined that the individual depicted in the image was most likely not Brian Shaffer after all.

Tucker expressed to the local television station 10TV that she wanted to re-interview certain people involved in the case due to her suspicions that someone may not have told everything they know about Shaffer’s disappearance. Despite the fact that she was dissatisfied with the outcome of the investigation, Tucker stated that she wanted to do so.

However, in March 2021, investigators produced an age-progression photo indicating how Shaffer may look as a 42-year-old man at the present time. This is despite the fact that there have not been any claims of sightings comparable to the one that occurred the year before (via The Columbus Dispatch).