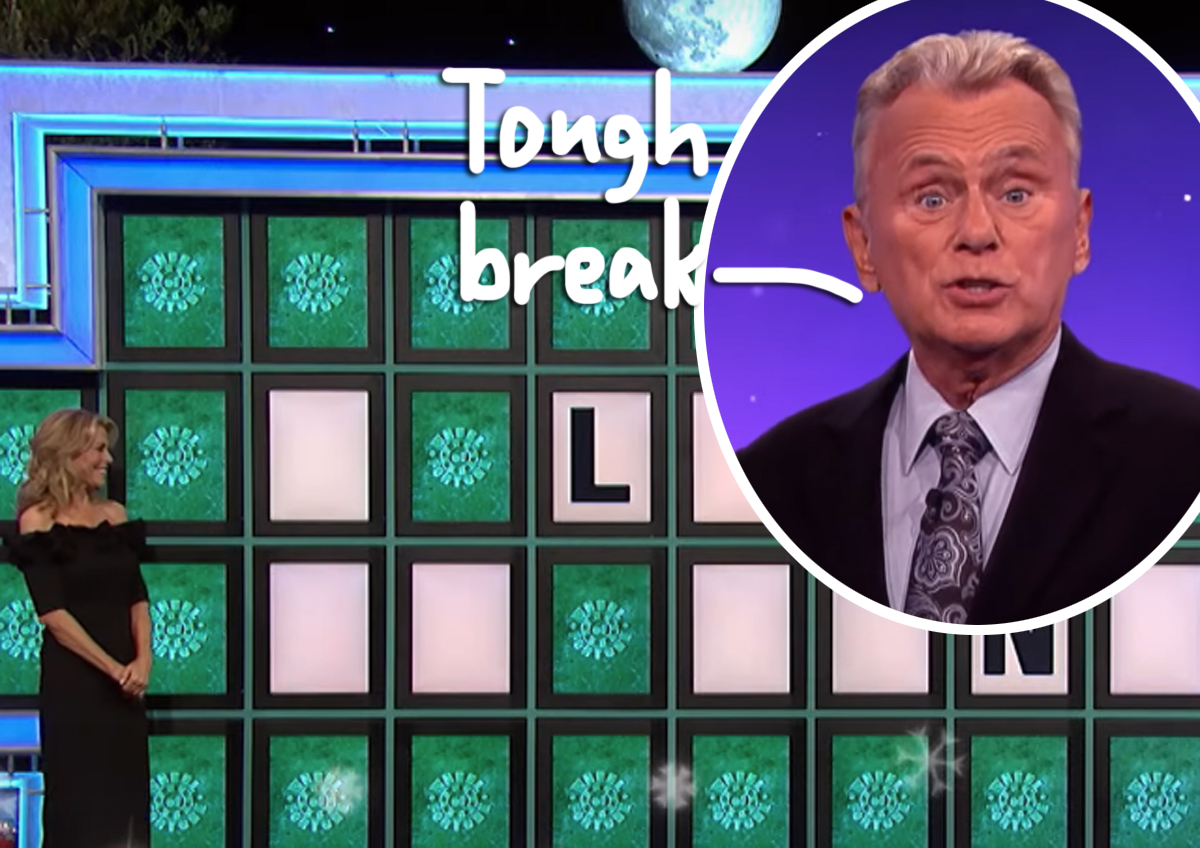 Wheel of Fortune fans had strong words for the game show after a contestant lost out on winning her own Audi Q3 all over a technicality — one that many thought was B.S.!

The moment came during Tuesday’s episode of the long-running series, when Charlene Rubush got a chance to compete in the bonus round after racking up $16,500 earlier in the show.

The “What Are You Doing?” category presented a puzzle that risked her winnings. While she originally guessed, “Choosing the right card,” the contestant adjusted her answer to “Choosing the right… word” — but it unfortunately came a moment too late for host Pat Sajak.

Even though Rubush got the right answer before being told she was wrong, apparently her pause between made her lose out on the prize — because of a timing rule we’ve never heard. Sajak explained:

“You know, this one’s tough because you said all the right words, including the word ‘word’ but, as you know, it’s gotta be more or less continuous. We’ll allow for a little pause but not four or five seconds. I’m sorry. You did a good job in getting it, but we can’t give you the prize, and it was the Audi.”

Just rubbing in her face that it was the car.

Rubush didn’t leave empty handed; she walked off with her $16,500 prize money and a vacation. Still, viewers still felt she deserved the Audi, too. One fan wrote:

“I can’t choose the right ‘word’ to explain how the #WheelofFortune just took the Audi away from the person who correctly got the puzzle right but lost on a technicality. #Sad. #bahhumbug.”

Others were so livid, they announced they would no longer watch the show because of the incident, writing:

“@Audi can you please give this contestant the car she deserves. She won on @WheelofFortune and Pat denied her. I am no longer a ‘wheel watcher’ because of this.”

“@WheelofFortune well we had a good run. I won’t watch the show anymore. That lady won the AUDI, she answered the phrase within the timeframe allowed. You have hidden rules, fake show. Ill never watch again (unless she gets the AUDI ANNND the rule changes).”

This isn’t the first time fans have called out the game show as of late. Just last week, viewers slammed the series for incorrectly spelling rapper Young Joc‘s name as “Young Jock” in a segment, and not giving contestant Kennise Miller another chance since the letters on the board didn’t allow for the right guess to begin with.

Do U think Charlene should have won the car?

Do you want to start a business? Here’s what to consider