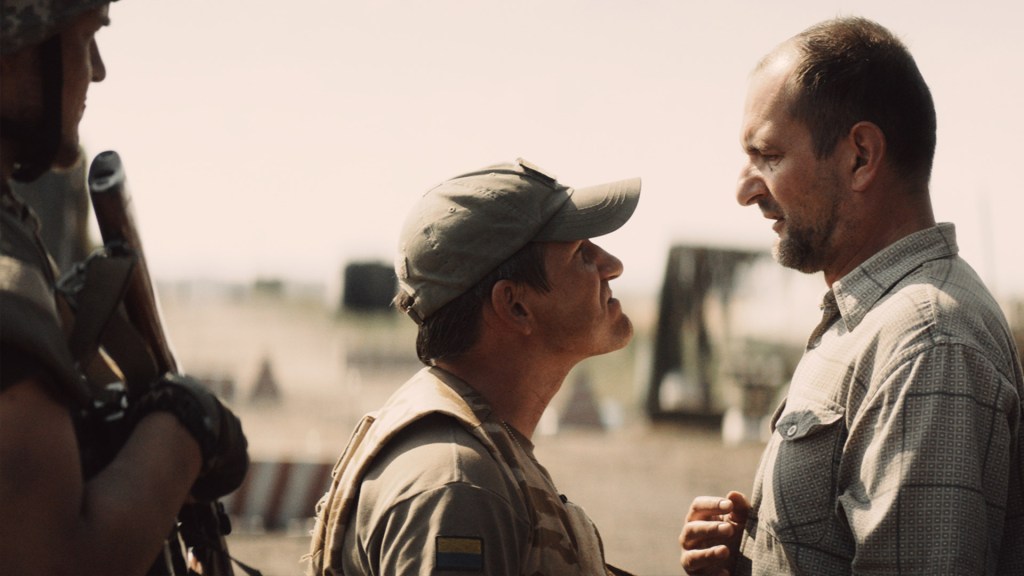 The head of an international film festival in Lithuania has expressed support for the proposed boycott of Russian cinema, despite the majority of major fests declining to join the movement.

The debate continues to rage in the international film community about the legitimacy and effectiveness of cultural sanctions in the face of Vladimir Putin’s invasion of Ukraine.

Following calls from the Ukrainian Film Academy at the end of February for a boycott, responses have been mixed both from high-profile figures in the international biz as well as some Ukrainian filmmakers.

Initially, festivals including Glasgow and Stockholm were quick to support the action, while the European Film Academy announced it would not allow Russian films to be eligible for its awards later this year.

However, in the following weeks most major festivals, including Cannes, Venice, Berlin and Toronto, all announced that while they would be limiting Russian attendance this year – denying entry to “official delegations” – they would not be barring Russian films. The reasons given were centered around the idea that a boycott of culture was intrinsically problematic, when cinema can be a positive force for good, and that the move would suppress independent Russian voices critical of the regime.

In a column for Deadline, a high-profile Russian filmmaker acknowledged the reasons for a boycott but suggested “now is the time to unite” and that people in Russia needed help from the outside world to rise up against the current regime, which would not happen in isolation.

However, according to Algirdas Ramaška, director of the Vilnius International Film Festival, action needs to be taken now, and it is the duty of festival organizers to do “everything we can”.

This year’s edition of the festival runs March 24 – April 3 in the Lithuanian capital and the event has already announced it is standing with the Ukrainian Film Academy in its calls for a boycott, including banning all Russian movies from its program and inviting an additional selection of Ukrainian features such as Nataliia Vorozhbyt’s Bad Roads [pictured top].

For Ramaška, the programming of Russian films, even when done while attempting to not directly benefit Putin’s government, will inevitably still see taxes paid to the state and by proxy financially support the war.

“The festival, like the whole of the Western world, is now unable to distinguish between filmmakers who support and those who do not support the Russian government,” he added in a statement sent to Deadline.

“Our festival is making a statement that it’s not okay. We choose to act, not just talk. As the festival, we have an uncompromising position on the war in Ukraine – what is happening is inexcusable. It is our duty to do everything we can, the sanctions should involve not only politics, sports and business, which is already happening, but culture as well,” Ramaška continued.

“We strongly believe that today it is inappropriate to promote and focus on Russian films or culture. Russian films’ mere presence at international festivals gives the illusion that this aggressor country has a claim to the values of the civilized world.

“Even more, even despite the expressed or unexpressed filmmakers’ opinions on Russian aggression, the revenues from Russian films, in the form of screening fees and subsequent taxes paid to the state, contribute to the financial support for the war. Therefore with this decision, we are contributing to the pressure on Russia not only by means of social sanctions, but also of the financial ones.

“In this very tense moment we also need to act in other direction – we all must support the people and filmmakers of Ukraine, many of whom are currently holding guns in their arms or otherwise contributing to the defense of their country. The festival is doing this in many levels: starting from Ukrainian refugees in Lithuania by inviting them to attend the festival for free, Ukrainian filmmakers by involving their films in our program and donating all the income from screenings to them), to the European film industry level by initiating Ukraine dedicated discussions during Meeting Point Vilnius. We also help Ukrainian refugees who are from the film sector by integrating them in the Lithuanian film community,” Ramaška concluded.