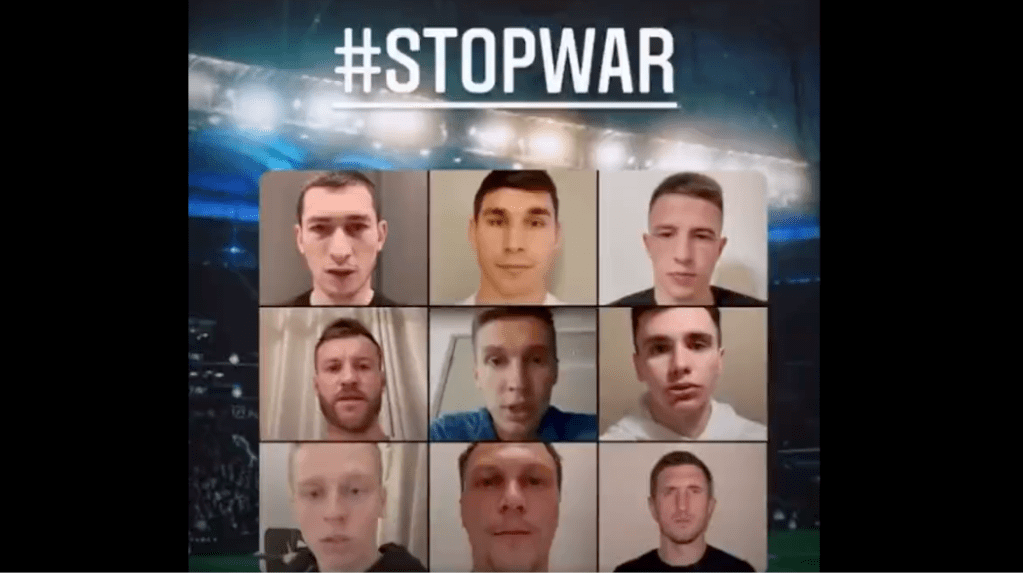 A group of global soccer stars from Ukraine have teamed to create a video calling for support for the war-torn nation. You can watch it in full below.

Premier League players including West Ham’s Andriy Yarmolenko and Manchester City’s Oleksandr Zinchenko appear in the video and shared it with their followers Tuesday morning.

On Instagram, Zinchenko wrote, “Today is the 6th day of the war. Civil people are dying. Houses and squares are disappearing, but our faith in victory is not.”

“The aggressor has launched a powerful false propaganda that we must fight against by telling the truth to the whole world! We are Ukrainians. We are one. We are defending our land. We ask for your support,” he added.

The soccer world has been largely united in showing support for Ukraine in the face of Russian aggression.

This weekend, there were emotional scenes at clubs including Portugal’s Benfica, where Roman Yaremchuk was applauded when substituted onto the pitch, as well as Manchester City v Everton, where City’s Zinchenko and Everton’s Ukrainian player Vitaly Mykolenko were given a warm reception pre-match.

In the aftermath of Russia’s invasion, sports governing bodies FIFA and UEFA have moved to suspend all Russian clubs and national teams from competing, as well as ending sponsorship deals with Russian energy firm Gazprom. This year’s Champions League final has also been moved from St Petersburg to Paris.

How tall is Bronny James?