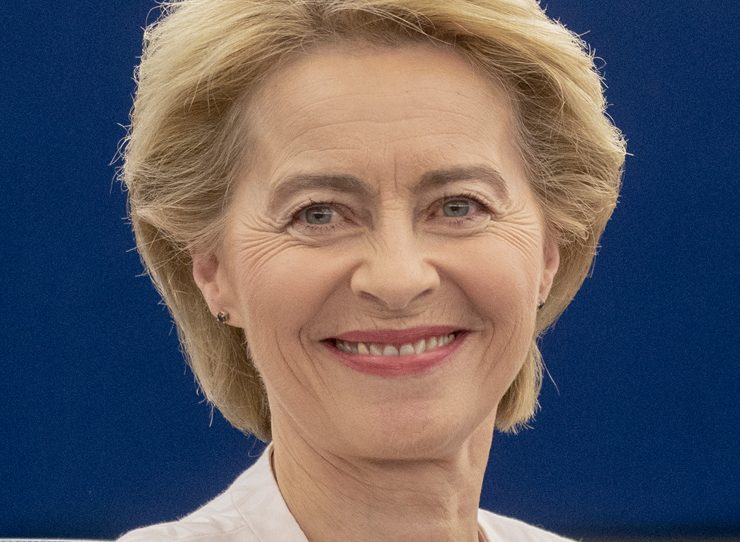 The group, which includes the heads of 1+1 Media, Starlight Media, Inter Media Group and members of the Ukrainian government, asked von der Leyen and her Vice President Věra Jourová to instead recommend European news providers to watch Ukrainian TV news.

The largest Ukrainian media organizations have joined together since the Russian invasion two weeks ago to broadcast a 24/7 United News newcast in order to best keep the country informed.

“Russian TV channels are justifying the Russian war against Ukraine in their multiple news stories, they are withholding the truth about the real scale of the military actions and their own losses,” said the open letter, which accused the Russians of “generating an enormous amount of fake news.”

The letter asked that sanctions be imposed “on all Russian TV channels which are broadcasting by satellites or any other technology” and to “ban their distribution on EU territory.”

It listed the likes of RTR Planeta, Rossiya 24 and NTV Mir as channels that are “detrimental to informational security of the whole world.”

Members of the media community and NGO employees were encouraged to sign the open letter.

The move is Ukraine’s latest in its attempt to convince the world to impose “media sanctions” on Putin’s Russia, with the information war seen as one of the key battlegrounds of the conflict.

The open letter welcomed the EU’s move to shut down access to news services RT and Sputnik. Google Europe has also blocked these provider’s YouTube channels and they are being investigated by UK regulator Ofcom.