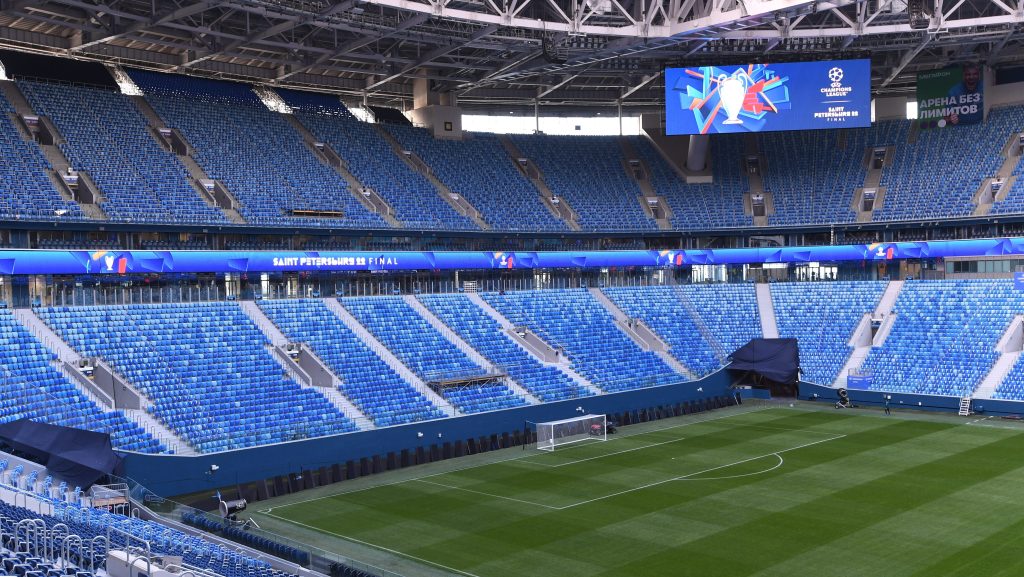 UPDATE 04:29am: The UEFA Champions League Final has been moved from Russia to Paris following the Ukraine invasion and the Russian Grand Prix has been cancelled.

A meeting of UEFA officials this morning confirmed the footballing decision that had been reported to be taking place throughout the week, and St Petersburg’s Gazprom Arena will no longer hold the final on May 28.

Instead, the European football governing body has decided it will be held at the Stade de France in Paris.

Meanwhile, the FIA Formula 1 World Championship organizers announced in the last few minutes that the Russian Grand Prix, which was due to take place in September, has been cancelled.

“We are watching the developments in Ukraine with sadness and shock and hope for a swift and peaceful resolution to the present situation,” said the statement. “It is impossible to hold the Russian Grand Prix in the current circumstances.”

The UEFA Champions League club tournament is currently underway with Round of 16 games.

UEFA said in a statement Thursday that it “strongly condemns the ongoing Russian military invasion in Ukraine.”

“As the governing body of European football, UEFA is working tirelessly to develop and promote football according to common European values such as peace and respect for human rights, in the spirit of the Olympic Charter,” it added. “We remain resolute in our solidarity with the football community in Ukraine and stand ready to extend our hand to the Ukrainian people.”

Russia’s invasion of Ukraine overnight Wednesday has spurred reactions and condemnations around the soccer world.

The federations of Sweden, Poland and the Czech Republic today sent a letter to the head of world soccer body FIFA requesting their 2022 World Cup playoff games that include Russia and are scheduled for next month not be played on Russian soil.

“The military escalation that we are observing entails serious consequences and considerably lower safety for our national football teams and official delegations,” the letter read, adding, “We expect FIFA and UEFA to react immediately and to present alternative solutions…”

FIFA, which also condemned the attack, said that “regarding football matters in both Ukraine and Russia, [it] will continue to monitor the situation and updates in relation to the upcoming FIFA World Cup Qatar 2022 qualifiers will be communicated in due course.”

In Germany, meanwhile, second-division team Schalke 04 said it will remove the logo of its sponsor Gazprom, a Russian oil company, from its jerseys.

ℹ️ Following recent developments, FC Schalke 04 have decided to remove the logo of main sponsor GAZPROM from the club’s shirts. It will be replaced by lettering reading ‘Schalke 04’ instead.#S04 pic.twitter.com/9kpJLRzTQ7