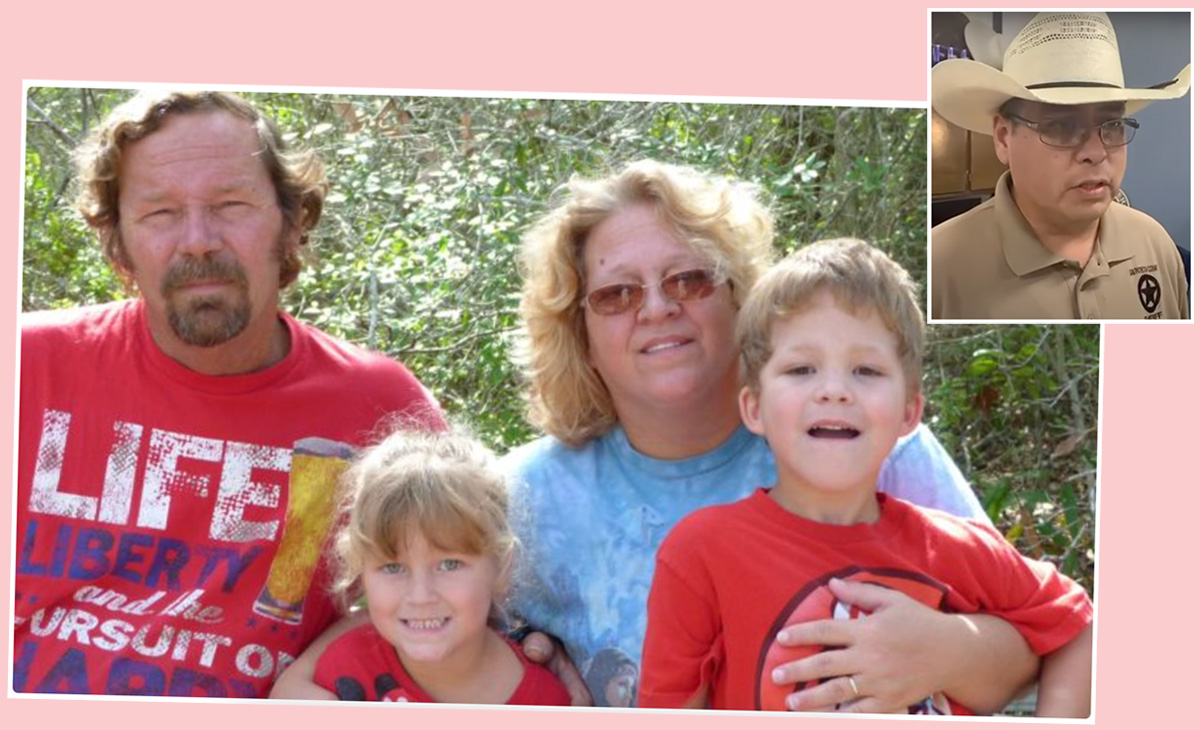 A 15-year-old in Texas murdered his entire family — including the two family dogs — and threatened to continue the spree with a school shooting in a horrific incident late last week. But that’s not how the story ended.

Officers for the Aransas Pass Police Department were called to the Aransas Oaks RV Park early last Thursday morning in San Patricio County, Texas to investigate a shooting. Once there, they were confronted with a distraught teenage boy hiding in his family’s RV home refusing to come out.

The Aransas Pass PD had been alerted to the scene by users of the messaging app Discord, when “a number of people” called from all over the country to report that an individual had uploaded graphic images of dead people who he claimed were family members that he’d killed. The individual, the callers said, had further warned other Discord users in that chat room that he was going to go to a school to continue the killing spree.

Once officers arrived on scene a little after 1:00 a.m. local time on Thursday, they made contact with the suspect — later identified as William Quince Colburn III — and asked him to come outside. According to a press release, the boy refused the officers commands and reportedly died by suicide inside the RV moments later:

“The officers heard a single gunshot and the thud of a person falling to the ground. Entry was made into the RV and immediately discovered the graphic scene shared over social media.”

Once inside, the officers found four dead bodies, identified later as the apparent shooter, his 63-year-old father William Quince Colburn Jr., his 53-year-old mother Jana Colburn, and his 13-year-old little sister Emma Colburn (pictured above, via GoFundMe). According to reports, the family’s two dogs were also found dead inside the RV.

In their release about the unimaginable tragedy, the Aransas Pass PD noted the quick thinking of the other Discord users who called in to report the shooter’s apparent actions before they got even worse, in light of his online school shooting threat:

“Last, but even more importantly, we appreciate the social media website and the other juveniles within the group where the threat was made. Had it not been for their speedy action and continued support, we might well have been working on an even more tragic event later this morning. Our hearts go out to the family members and close friends affected by this event. They remain in our thoughts and prayers.”

According to a report from the local newspaper, the Caller Times, the boy was apparently homeschooled. It was not immediately clear which specific school he was threatening to attack. Still, thank goodness for quick-thinking Discord users who called it in, and quick-moving police officers who were able to stop a horrific tragedy from getting even worse.

In a heartbreaking addition to this awful story, a woman claiming to be the shooter’s older sister claimed after the incident that Thursday had been Jana Colburn’s 53rd birthday. On a GoFundMe page memorializing the victims published after the tragedy, the woman wrote in part (below):

“This Morning, we all woke up excited to tell our Mother a Happy 53rd Birthday. Instead, we were devastated with news that has broken us to our core. At approximately 8am, My brother, Marvin, received a phone call that no one ever wants to receive. He was contacted by a judge in Aransas Pass, Texas that a tragedy had taken place. … As you can imagine, this is hard for us right now. This is not something we ever imagined to happen. We were not prepared for 1 loss, yet alone 4. Especially our siblings. We are hurt. We do not understand. We are lost. We are angry. We are asking that you please understand that no matter what the events are that came to pass, that we are still mourning all 4.”

Sending our thoughts and prayers to the Colburn family’s friends, extended family members, and other loved ones as they cope with the aftermath of this horrible tragedy.

The Fugees Reunite For ‘The Score’ 25th Anniversary Tour This Fall

Why Bryson DeChambeau, Brooks Koepka insist feud will be ‘non-issue’ at 2021 Ryder Cup

Britney Spears’ Dad DUMPED By His Lawyers After Conservatorship Loss!