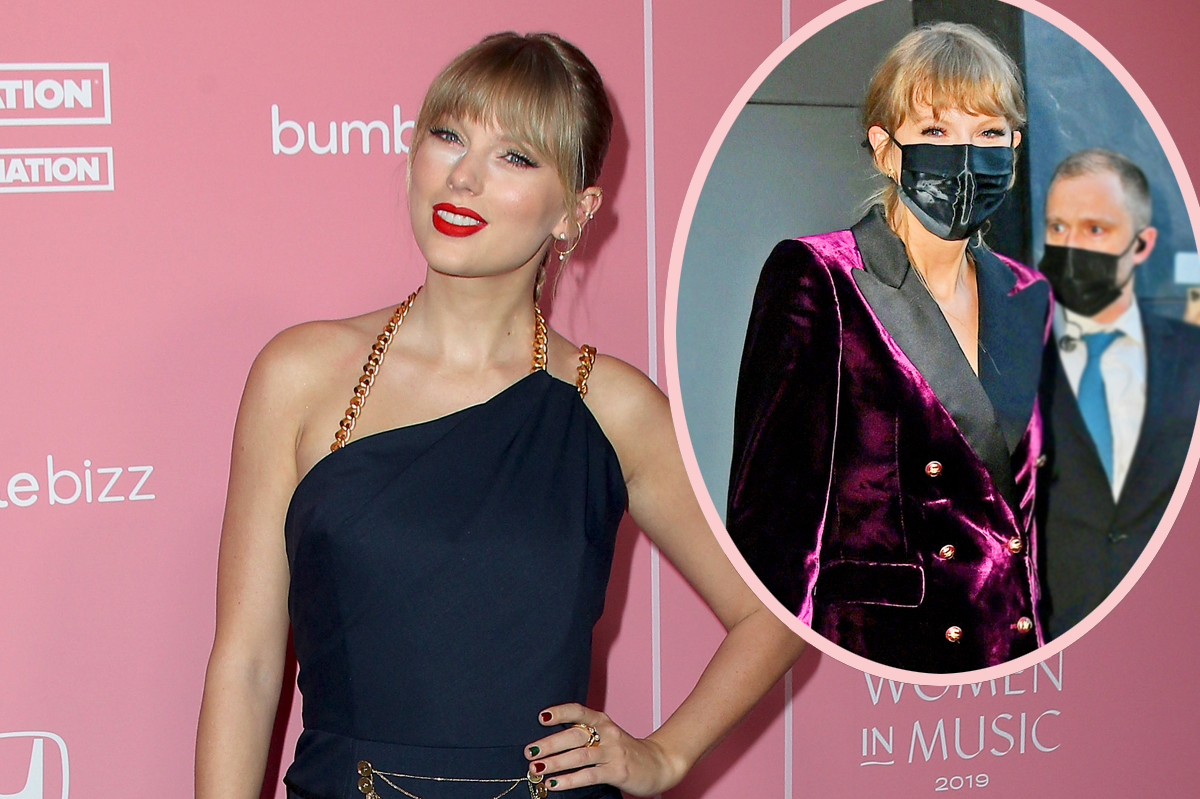 Taylor Swift was adamant her birthday party was COVID-safe. But when it came to her other party, well, as it turns out her fans aren’t getting the same kind of care.

For those who didn’t see, the All Too Well singer had a joint party with pal Alana Haim on Sunday because their birthdays are so close (Taylor turned 32 years old on December 13, Alana turned 30 on December 15). She shared a couple pics the next day in which everyone danced and stood over matching cakes. All maskless. Indoors.

Related: Billie Eilish’s COVID Was So Bad She Thought She Might Die

However, Taylor assured her fans:

“Don’t worry we tested everyone!”

Taylor and her pals may be safe, but her fans Down Under aren’t so lucky this week.

A party celebrating the release of the brand new recording of 2012’s Red was held at Sydney’s Metro Theatre in Australia last Friday, and about 600 fans were in attendance. Of those, a full sixth — 100 PEOPLE — have already tested positive for the coronavirus after the event.

How safe was it? Well, even in this short clip, we’re seeing a lot of maskless faces in really close quarters.

According to a public health alert from New South Wales Health on Thursday, there have been “at least 97 confirmed cases of COVID-19”, many “likely” with the Omicron variant. The alert reads:

“Anyone who attended the “On Repeat: Taylor Swift Red Party” at Metro Theatre (624 George Street, Sydney) from 9pm onwards on Friday 10 December is a close contact and must immediately get tested and isolate for 7 days. NSW Health is asking all household contacts of close contacts to get tested and self-isolate until a negative result is received by everyone in the household. NSW Health is urgently contacting 600 people who attended Metro Theatre at this time and checked in via the QR code and is directing them and members of their households to immediately get tested and follow public health advice.”

Obviously there are probably more people who didn’t check in. The alert continued:

“NSW Health is appealing for anyone who attended but did not check in using the QR code to urgently get tested and isolate, and for the community to ensure other potential attendees are aware of this advice.”

There was even a warning that “penalties for non-compliance with the isolation, testing and quarantine requirements” have jumped from $1,000 to $5,000 for individuals. Wow they really are taking this seriously there. And yet, it seems they still can’t keep everyone safe when this many folks get together under one roof.

Guys, it just isn’t safe for big gatherings like this. Even in Australia.