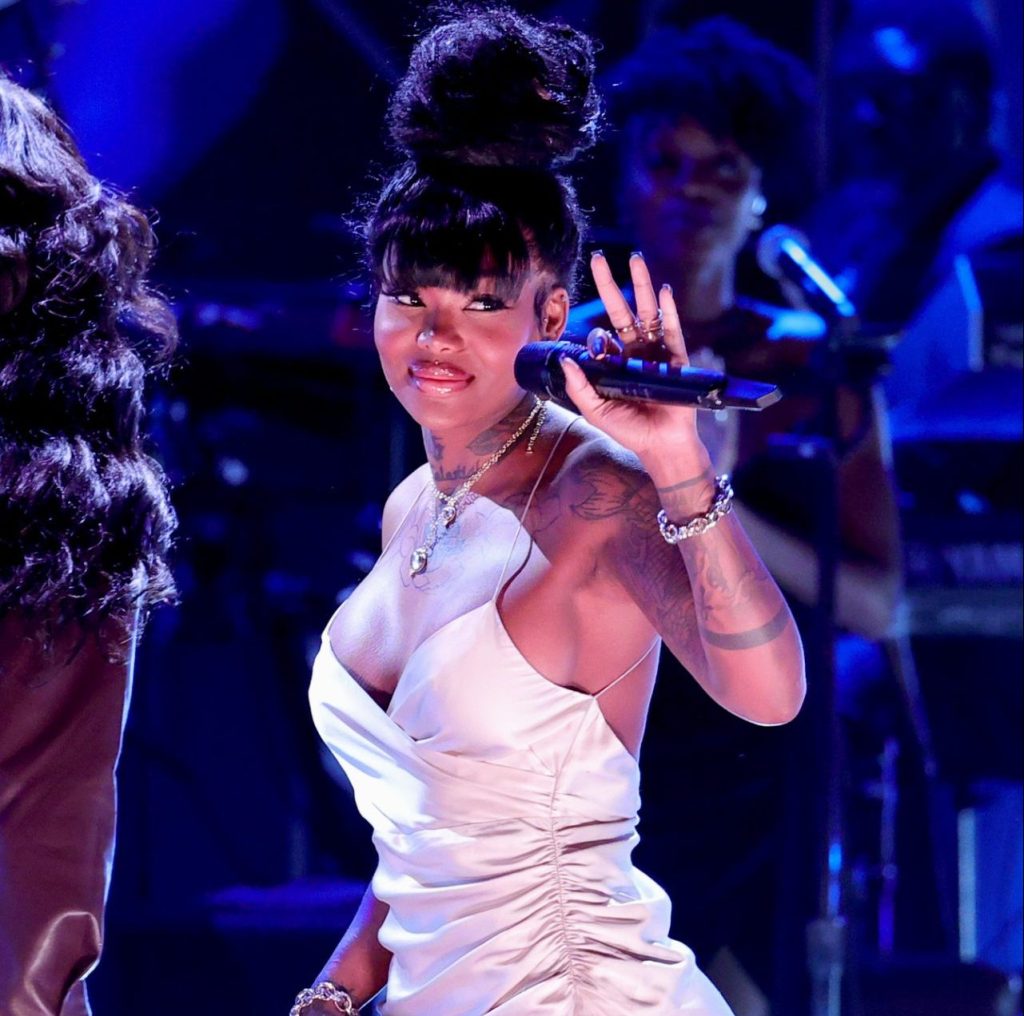 Roommates, Summer Walker is riding high on positive vibes these days, thanks to her new music, her daughter celebrating her first birthday and her relationship with her boyfriend Larry—who just showed how romantic he can be. Taking to Instagram, Summer Walker showed off the lengthy cascade of rose petals that led up to a special day of pampering, all put together by her boo.

Earlier this week, Summer Walker and her boyfriend Larry were all smiles as they celebrated the first birthday of her daughter, Bubbles. Now that the party is over, Larry decided to show Summer some appreciation courtesy of an in-home massage, so she could relax a bit from her Mommy duties.

She has spoken frequently about how Larry has changed her life for the better and made her believe in love again, following her very public and very messy split from London On Da Track—who is the father of Bubbles. Things between London and Summer still appear to be on bad terms, as the two held separate parties for their daughter just one day apart.

Meanwhile in other Summer Walker news, she confirmed earlier this week that a remix to her popular song ‘No Love’ featuring SZA, would be getting the remix treatment and feature none other than Cardi B. You’ll recall that Cardi is featured on Summer’s current album by providing the intro about relationships.

The ‘No Love’ remix and video is set to drop on March 25th.