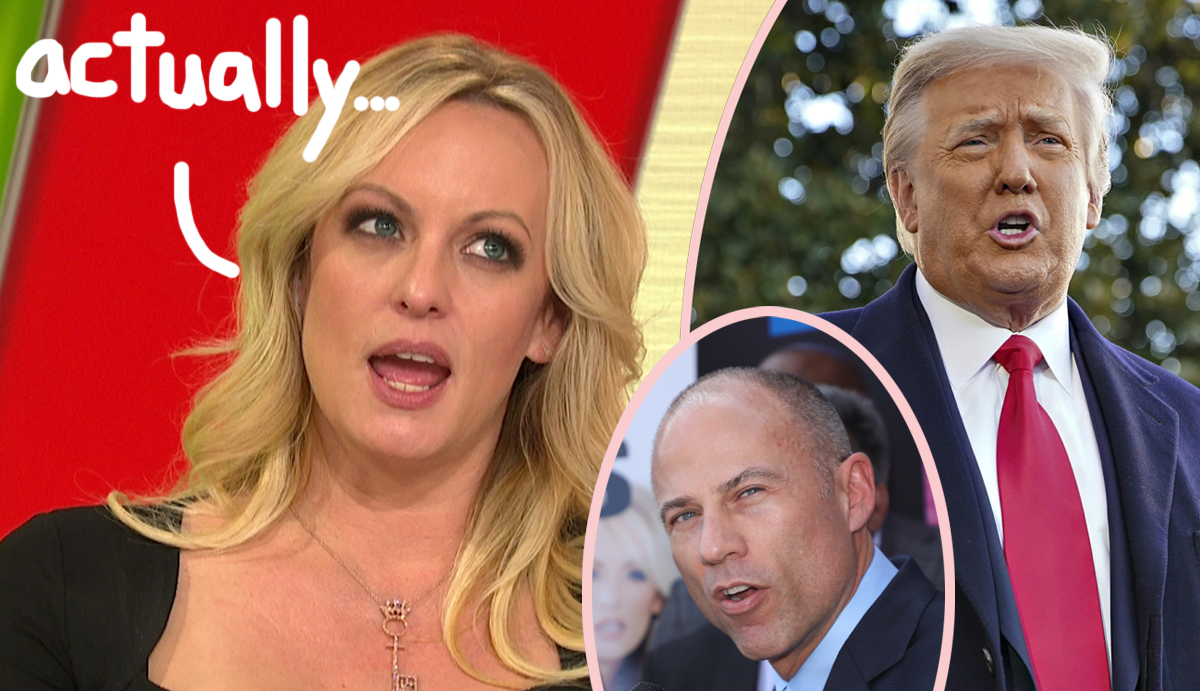 Once again Donald Trump has avoided consequences for his actions — and once again he is grossly mischaracterizing and twisting the decision to make himself look much better than he actually comes off legally.

Remember when the Mueller Report said he absolutely obstructed justice but that he wasn’t being charged — as he needed to be impeached instead? And Trump called it “COMPLETE AND TOTAL EXONERATION” on Twitter instead? It’s kind of like that. But unlike the stony-faced special prosecutor, Stormy Daniels is not putting up with that B.S.!

But of course Trump played it off like they’d said he didn’t have sex with her and pay her hush money — when this was NOT that case at all! In his statement on whatever nonsense newsletter he sends out since he’s so dishonest and dangerous he’s not even allowed to be on real social media, he wrote:

“As I have stated many times throughout the years, I never had an affair with Stormy Daniels, nor would I ever have wanted to. The ruling was a total and complete victory and vindication for, and of me. The lawsuit was a purely political stunt that never should have been started, or allowed to happen, and I am pleased that my lawyers were able to bring it to a successful conclusion after the court fully rejected her appeal. Now all I have to do is wait for all of the money she owes me.

“I will go to jail before I pay a penny.”

But after reading Trump’s YUGELY dishonest statement on the matter, she had to write out something a little more thought-out. She opened with:

“In response to that ridiculous statement by Tiny:”

“This was not a criminal case or ruling. This was also NOT about whether we had sex or not. This was simply about if he could TWEET rude and false things about me.”

So glad she’s making that clarification. Not that his followers will read past the headlines… She continued to blast Trump’s version, saying:

“Also I NEVER said it was an ‘affair.’ My statement has not changed since I came forward and has been collaborated and verified by others since 2006.”

We think she means corroborated, and she’s right. She’s been telling the same story ever since it happened, including to Seth Rogen on the set of Knocked Up. Why would someone have thought to plan a “purely political stunt” about Trump back then? He was the host of Celebrity Apprentice! Who other than The Simpsons and Putin would have any idea he was going to run for president?

She then reminded everyone of her story:

“He cornered me as I was exiting a restroom and intimidated me into unprotected intercourse. Later, he had Michael Cohen pay me hush money to not disclose what happened to me and the things I was told that could damage his campaign.”

Yep, that definitely happened. You know how we know? Michael Cohen went to freakin’ prison for it! Trump may never have faced any charges due to being the sitting president (a really effed up system as it turns out), but that was proven in a court of law. It happened. Trump trying to claim victory on that case because of this one is the type of lie so big and dumb, only he would attempt it… and will get away with it.

“I guess maybe in HIS mind, this does equal an affair since it seems to be Trump’s pattern with women. Or maybe he simply does not understand his own court case – neither would surprise me, actually.”

Yowch! She went on:

“Mr. Grab Them By The Pussy definitely has a history of doing whatever he wants to women and has a penchant for intimidation. But make no mistake. Trump’s lie about me was very much a lie and was intended to damage me in the public.”

Even with that conviction, Stormy says, she didn’t plan to ever sue over the tweets — mostly because she assumed she’d lose such a case. She explained:

“I never wanted to go forward with this defamation suit because I was afraid of the prejudice associated with my career as an adult film actress/director and it turns out I was correct.”

That’s when she turned her guns on her disgraced former attorney Michael Avenatti, writing:

She then explained that January 11, 2019 was the final date Avenatti had to file his appeal — which he didn’t.

“I fired Avenatti in February of 2019 when I discovered he forged my name and embezzled my book funds, which he was convicted of in federal court earlier this year.”

Again, true. That was also proved in a court of law; he’s facing sentencing for it in June. She then explained how her next lawyer showed her the mess Avenatti had gotten her in — and tried hard to get her out of it:

“I hired Clark Brewster and he took over all my legal matters including the Trump appeals. He promptly informed me about Avenatti missing the appeal deadline but also thought the Judge’s fee ruling was irregular in that the Judge failed to file a specific written judgement. Mr. Brewster sought to appeal the Attorney award based on that apparent defect. Mr. Brewster litigated the appeal all the way to a Certiorari writ to the US Supreme Court, where I believed that justice would be served. The attorney’s fee award remained with the 9th Circuit and was ruled adversely on the failure of a timely appeal.”

Yep. Avenatti screwed up and didn’t file on time, so Trump won the attorney’s fee award with no debate on the merits. But that’s ALL he won here. Stormy wrote:

“To be clear: Trump won yesterday ON A TECHNICALITY due to Avenatti’s failure to file promptly. That technical ruling, although distressing, does not reflect on anything I have done or my credibility but is the result of negligence of a criminal lawyer, Michael Avenatti.”

“Still, it is a sad reality that in this country, a known and proven predator can openly brag about assaulting women and become president and be awarded money for his bad behavior. My heart goes out to the others that have been victimized by Trump. I deeply regret not standing up for myself that night and for not speaking out sooner. I hope that one day the women who came after me can forgive me.”

See the full statement for yourself (below):

This is my statement. pic.twitter.com/wVSde8ZbjS

(Video) Woman Alleges R. Kelly Sang To Her From The Same Prison As Her Incarcerated Father In Viral Video