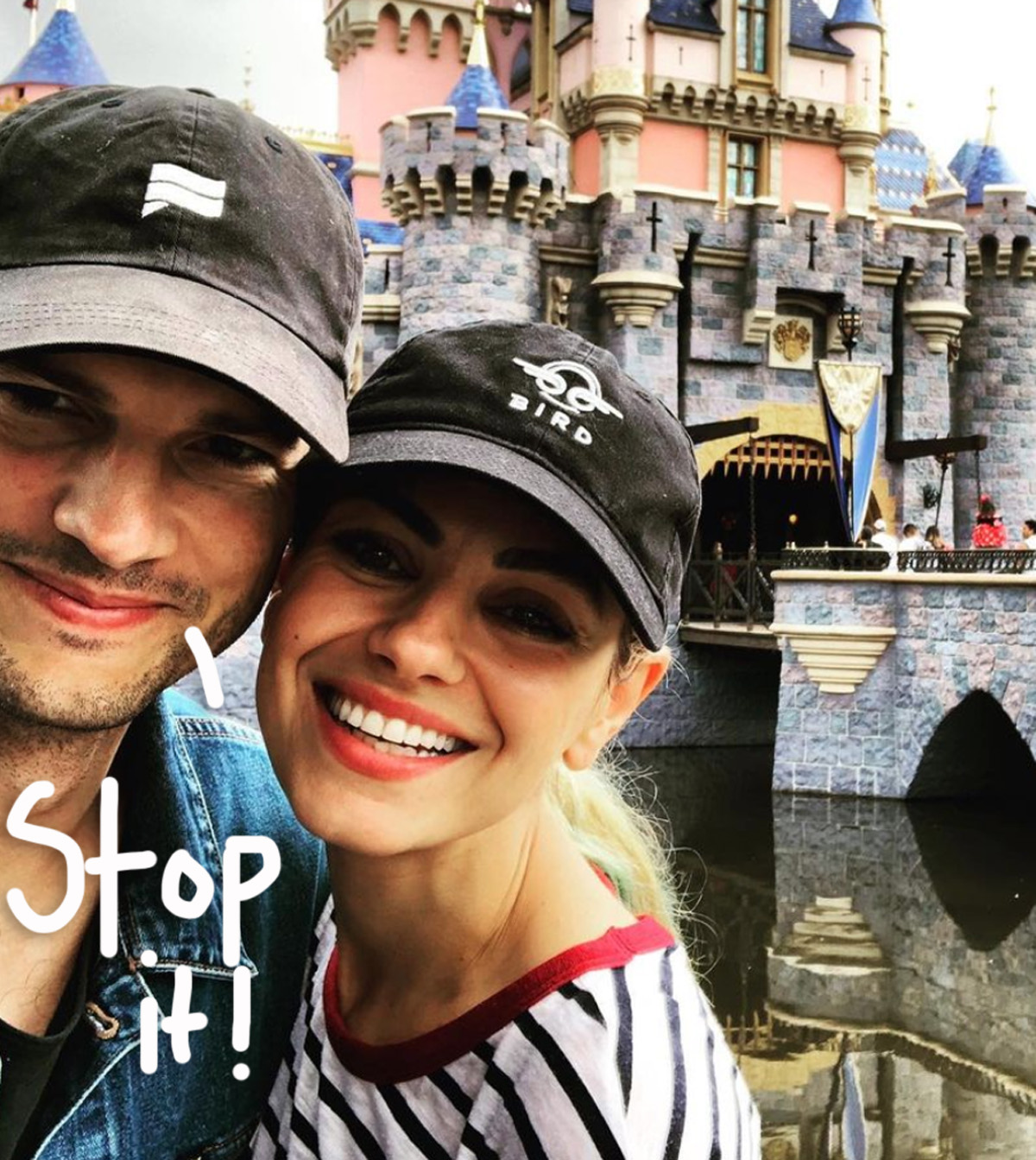 
First, it was not bathing their kids, and now, Mila Kunis is back with another “parenting fail!”

In a new video for Ellen DeGeneres‘ “Mom Confessions” series out on Tuesday, the actress revealed she gave daughter Wyatt Isabelle some not-so-great advice back when the youngster was in preschool. Admitting her coming confession might “get [her] in trouble,” she recalled:

“There was a little kid in my kid’s preschool that wasn’t very kind and pushed my daughter. My daughter came back and was like, ‘Such and such little kiddo pushed me.’ And I instinctually said, ‘Did you push her back?’ And my daughter’s like, ‘No!’ And I was like, ‘Push her back next time and say “no thank you” and walk away.’”

Continuing the story, the Bad Moms star shared husband Ashton Kutcher was very much NOT on board with the lesson she was trying to share with their now 6-year-old daughter. Acting out how he was shaking his head in disagreement, Mila noted:

“I turned around and I see Ashton’s face and he’s like, ‘Nooooooo!’”

But this momma was standing her ground!

“I was like, ‘You stand up for yourself and say no thank you. Don’t push her off of a ladder, off of a swing or off of a slide, but on the ground, even Steven, you push her back.’ I’d say that’s a parenting fail.”

At least she can admit it! And hopefully she’s since learned not to tell son Dimitri Portwood the same. LOLz! You can ch-ch-check out her retelling of the story (below):

What’s been the worst advice you’ve given your kid, Perezcious readers?? We want to hear all the funny stories down in the comments!