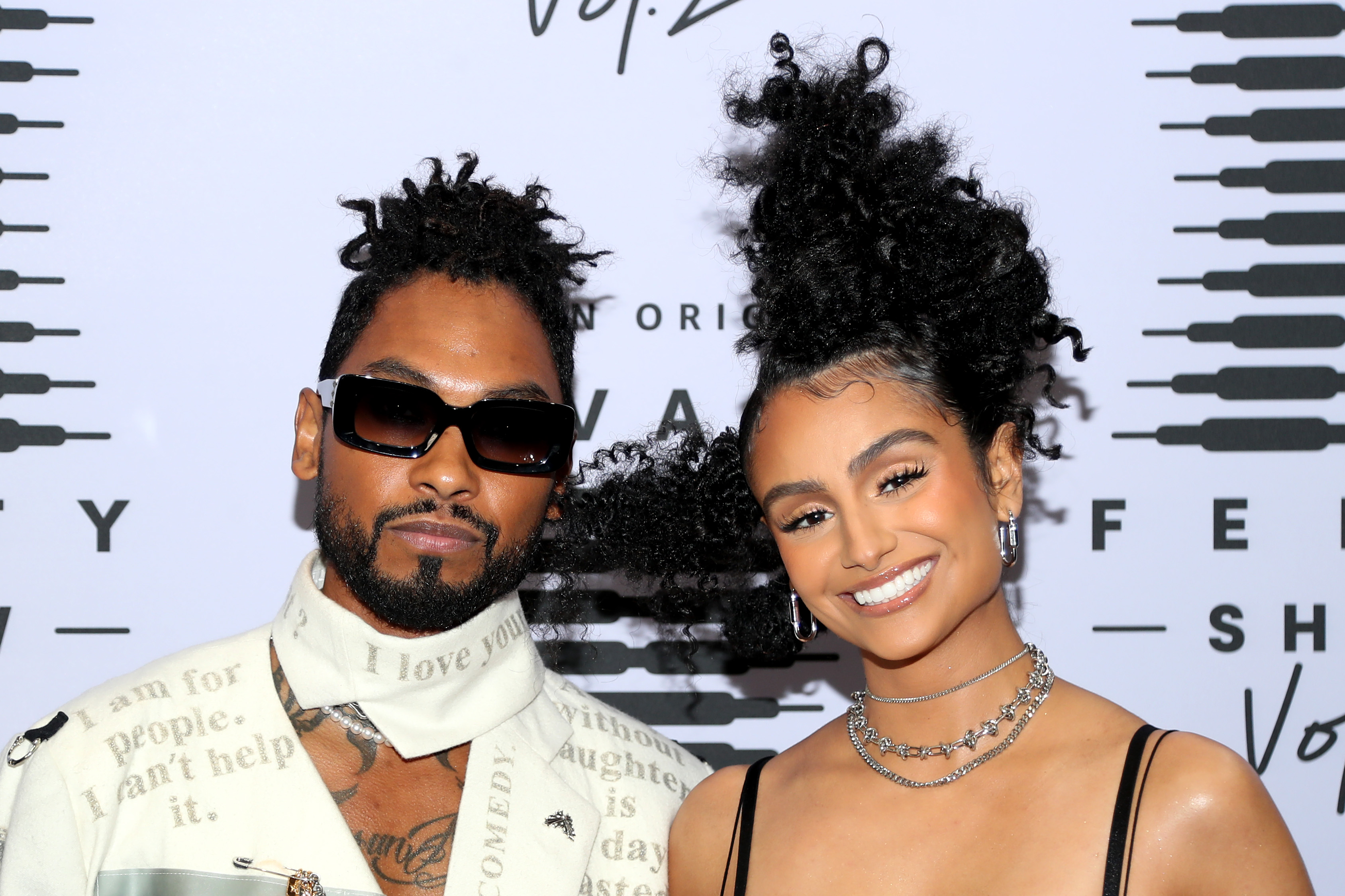 
Hearts shattered when a rep for Miguel and Nazanin Mandi revealed their plans to part ways in September 2021. After 17 years together, with three as a married couple, fans had grown accustomed to the duo. At the time of the announcement, the rep said they’d been split “for some time now.”

Then, months later Miguel and Nazanin gave us hope with several reunions over the months. Though, no sign of a possible marriage reconciliation has quite given hope like Tuesday’s close and cozy photos.

The couple was captured in several scenes together, including a hallway, staircase, lounging area and sidewalk. Some shots show either Miguel or Nazanin touching their lips to the other’s lips, face or body. Two shots show Nazanin with her leg propped onto the singer. Nazanin also sits on Miguel’s lap. They stand close together and hold hands on that sidewalk.

But their captions also spoke volumes, especially to anyone hoping for another chance at love between them. Nazanin wrote, “heal the root so the tree is stable.” She continued on, “I’m so proud of us.” Meanwhile, Miguel shared a similar sentiment saying, “Love heals” and adding “Proud of us.” Both signed their captions using Miguel’s last name Pimentel.

About five weeks ago, Miguel and Nazanin started dropping hints of a once-again happy home. They appeared to be together on a winter vacation at the popular Amangiri in Utah. Nazanin posted photo dumps of the trip to her page with several shots featuring Miguel.

Prior to that, Miguel came to Nazanin’s side just two months into the separation. Apparently, she received Lasik surgery and sometime afterwards posted a video to Instagram Story showing them both wearing an eye patch. She wrote that he couldn’t have her “be the only one wearing an eye patch.”

The Disrespect! Kanye West BACK TO ALL CAPS As He Posts Another Photo Of Kim Kardashian And…