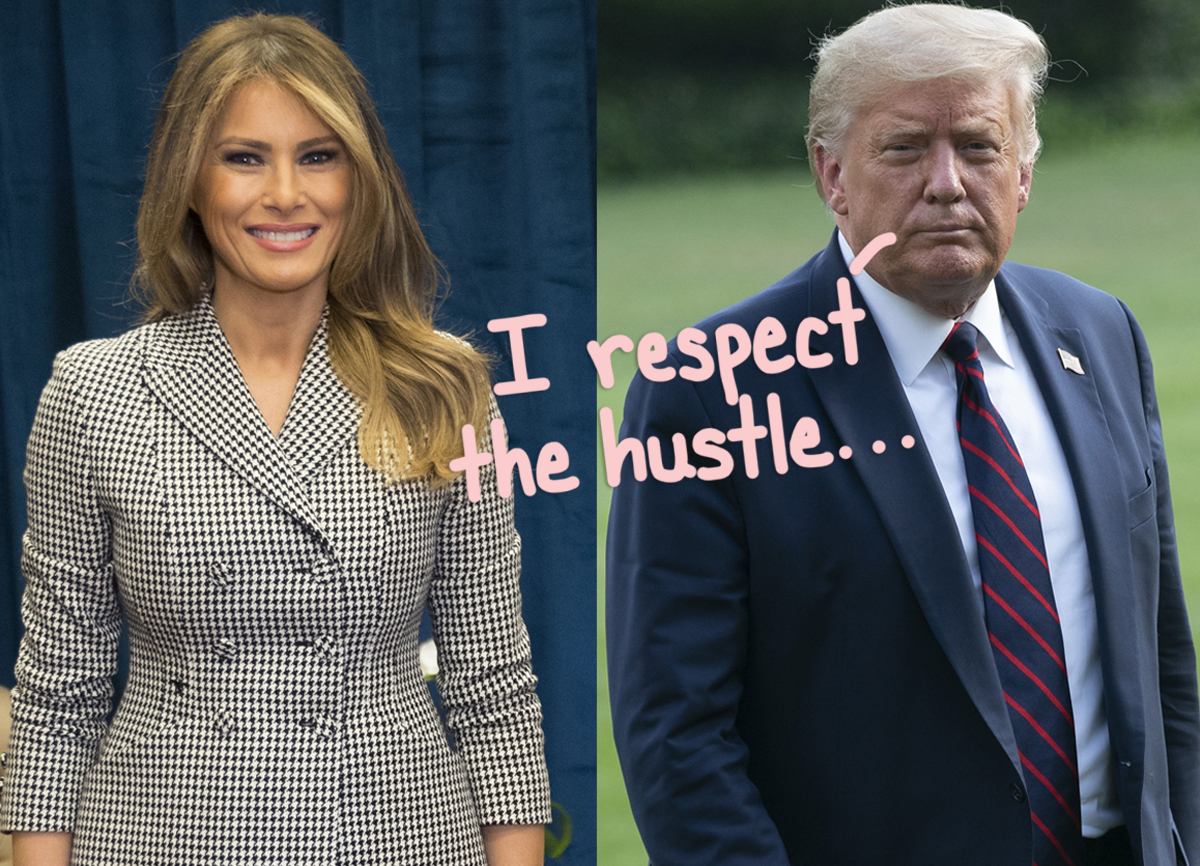 
Melania Trump is flat-out denying a new report about her alleged non-nonprofit activity!

The 51-year-old former First Lady is selling tickets for an April event in Naples, Florida that coincides with the launch of her new line of NFTs and an auction of a specific white hat that she wore during her time in the White House with former President Donald Trump.

The event, which is set to take place on April 9, is a “high tea” fundraiser for a charity called Fostering The Future, but according to reports coming out now, that charity apparently doesn’t exist! Per People, charity organizers claim the April event is supposed to be an initiative to “grant computer science scholarships to those aging out of the foster care system.”

The fete is part of Melania’s ongoing and infamous “Be Best” campaign for children. The high tea afternoon itself is set to be called “Tulips and Topiaries,” which, uhhh, OK.

A press release for the upcoming event tallied its positives for potential donors and attendees, revealing (below):

“[It is] a once-in-a-lifetime experience — an afternoon of sophisticated elegance set in elaborate, lush floral gardens designed to inspire giving, hope, possibility, and dreams.”

Melania is prominently featured as a “special guest” at the event. She’s so featured, in fact, that attendees can “upgrade to a meet and greet opportunity with Mrs. Trump” if they wish to drop a little more coin to get their proverbial foot in the door!

The press release and event website notes that tickets are going for $3,000 for individuals, and $50,000 for “10-person VIP tables.” Attendees can also place bids on Melania’s aforementioned white hat, raising funds for the charity as they try to grab a piece of presidential history.

Along with the upgrade option to get an audience with Melania herself, the event’s release notes that there will be some food options for the fundraisers, as well:

“Guests will enjoy delicious hors d’oeuvres alongside tea and bubbles.”

Anyways, here’s where the real controversy kicks in: not only is there no indication of how much money raised at the event will go towards Fostering The Future, the New York Times reported over the weekend that NO ORGANIZATIONS with that name, or the name “Be Best,” exist in the Sunshine State! Uhhhh???

The state of Florida, as is the case in every state, has stringent and specific requirements about legal hoops that groups must jump through before they can officially begin raising money for charity. But the Times couldn’t find any legit organization listed by either one of those names!

And now it appears as though the state may be focusing upon the concerning discrepancy to determine whether there really is a charity angle at play here. A spokesperson for Florida’s Consumer Services Division tasked with monitoring fundraising and charities told the Times that the agency is now “investigating the event and whether it involves an entity that is in violation of any laws.”

FWIW, Melania took to Twitter on Saturday evening and shared her take on the situation. The former First Lady claimed that she was actually working with the Bradley Impact Fund on the event’s planning and fundraising, and that’s why the charity names never popped up in a search:

“Dishonest reporting at it again. Everything has been done lawfully, & all documents are in the works. Read with caution-typical corrupt media. We are working w/Bradley Impact Fund, a Donor-Advised Fund, to select charities that will receive the donations to foster children.”

It could well be that Melania’s fundraising attempt is legit here, of course. And maybe it is!

But considering the Trump family’s notoriously awful history with charities and nonprofits, it’s all too understandable that the New York Times would be so skeptical about this situation!!!