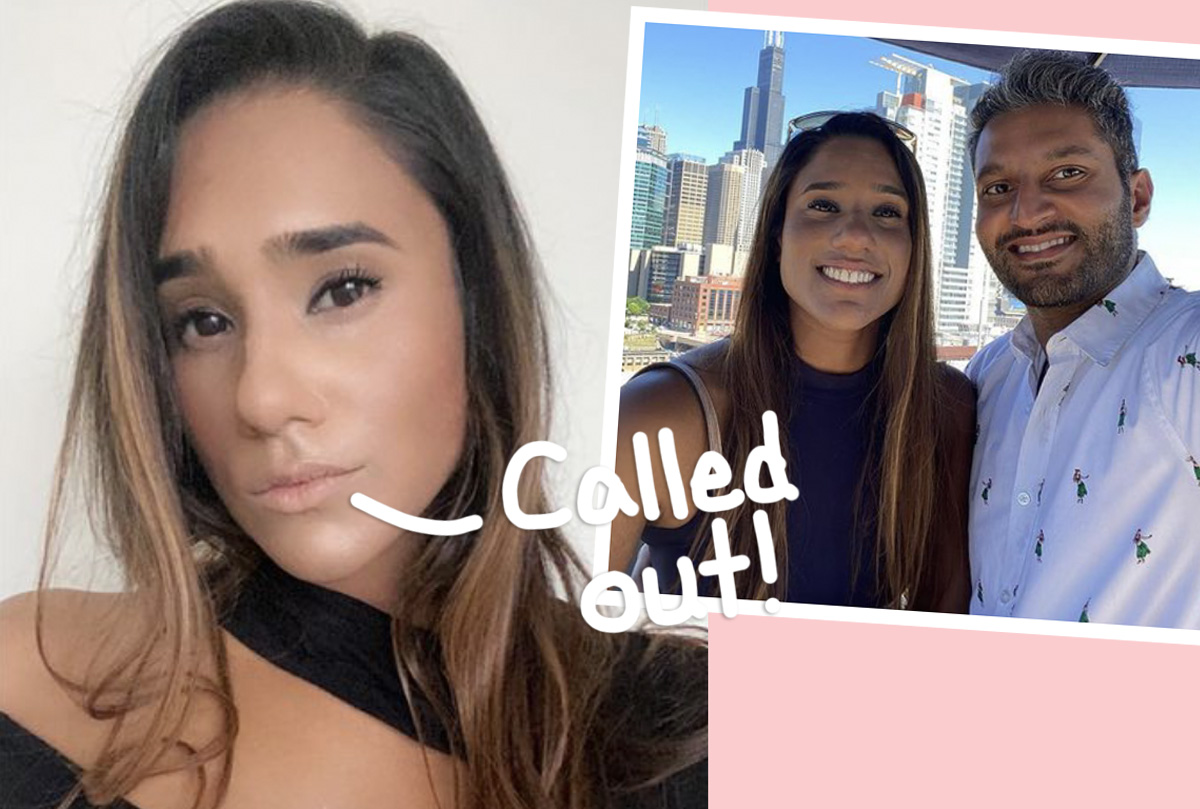 Deepti Vempati is walking away from the second season of Love Is Blind as a fan favorite! We can’t say the same about her ex-fiancé Abhishek “Shake” Chatterjee, though…

And now, it’s not just viewers of the hit Netflix show who are taking to social media to call out Shake for his behavior regarding their relationship that first developed in the infamous pods! It’s Deepti’s family, too!!

Related: Former ‘Bachelorette’ Star Shades The S**t Out Of Her Show With ‘Love Is Blind’ Love!!!

On Sunday, Deepti’s brother Sunny took to Instagram to share a public pronouncement representing his entire family, and his partner Hina Merchant Vempati, with some special words for his beloved 31-year-old sister.

Speaking to the Love Is Blind star herself, Sunny shared his pride with the would-have-been bride, extolling her virtues with this very sweet sentiment (below):

“Ooooh wee what a rollercoaster of a season. Deepu, we are SO incredibly proud of you!!! We’ve witnessed you grow into such an incredible and beautiful woman; you’ve inspired so many people to realize their self-worth and demand what they deserve and settle for nothing less.”

Sunny went on from there, first referencing Shake with a clown emoji and saying:

“We wish you didn’t pick that [clown] but despite his childishness, you carried yourself with grace and continued to see the good in people. We’re so damn proud to call you our baby sister, and know we’re there for you always. Thank you to EVERYONE for their incredible support. We really appreciate all of the kind messages, and we don’t take it for granted. We’ve read way too many tweets, and scrolled through way too many Reddit threads and Deepu is lucky to have such a massive support system; we are very thankful.”

And then the s**t hit the fan!

Understandably protective of his beloved sister, Sunny called out Chatterjee by name, calling him “a loser” and reading Shake the riot act in the rest of the passionate IG missive:

“‘Shake,’ bruh, you’re a loser. You minimized my sister’s life by making some awful and cringeworthy comments about her. You made these statements knowing your own mom would one day watch it; my parents and my entire family had to sit through you talking behind my sister’s back about insecurities she fought her entire life. Despite your comments on and off camera about her body, she continued to only ever be supportive of you, despite our best efforts to convince her to see through your BS. THAT’S the person she is.”

“In spite of your best efforts to pretend this was all fictional and it was because of the ‘edit,’ no one forced you to say those words. We welcomed you into our home, and you saw it as an opportunity for clout; so forgive me if I’m not sympathetic towards you and the hate you’re receiving. Good luck with the rest of your life; and stay the f**k away from my sister.”

Here’s the full post, alongside a snap of Deepti from the show’s climactic finale:

She looks amazing! And she came across so well on the show! Crazy that the 33-year-old veterinarian couldn’t see her beauty like the rest of us. After proposing to Deeps, he practically took every chance he could to tell literally everyone else on the show how much it pained him to NOT be physically attracted to her. And like, even if that’s the case and you can’t help it, maybe don’t disrespect the woman by being THAT excessive about it, you know?

Shake did appear to respond to all this commotion in an IG post of his own on Sunday, sharing this simple message to his account:

You can be real AND kind… just sayin’!!!

BTW, Deepti herself has previously spoken up about her difficult run on Love Is Blind, and how painful it was to watch the whole thing back after the fact.

Speaking to BuzzFeed about it earlier this month, the reality TV fan favorite said of her time on camera with Shake:

“Shake and I had conversations about how physical intimacy and that chemistry was lacking between us. But to watch it back and see how he did it — it was kind of like, ‘Oh, look at me, I’m this cool dude that’s just gonna talk s— about you to my friends.’ You don’t talk about somebody who is your fiancé, let alone a best friend — or even just a real friend — that way. It was kind of disappointing and hard to watch, especially because my parents were so impacted by it. We welcomed him into our home.”

Where do U stand on Deepti and Shake — and all of the rest of the couples from the second season of the hit Netflix show?!

Sound OFF with your take down in the comments (below)!