Keyshia Cole Opens Up Her Friendship With Eve Ending 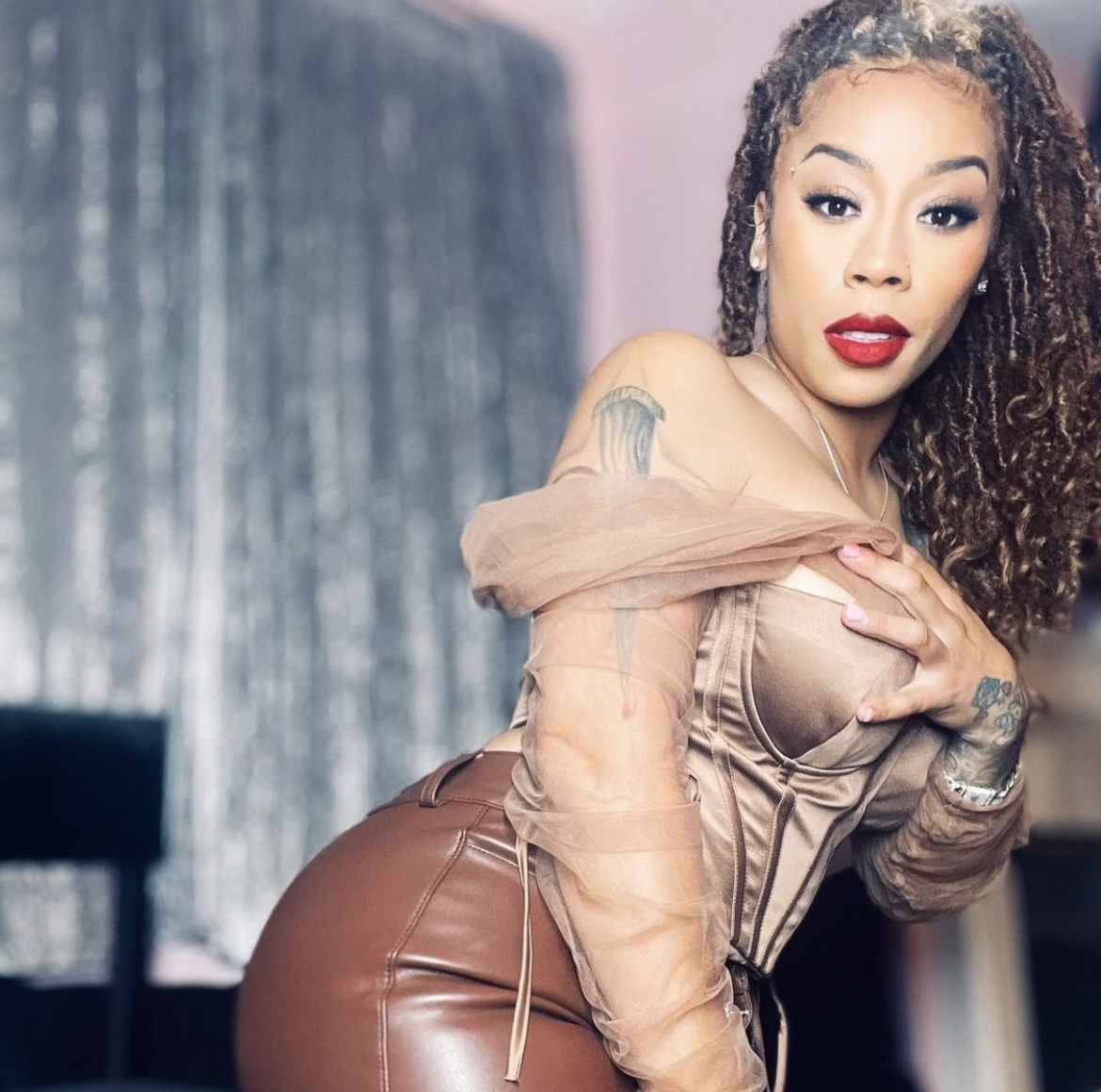 
Chile! When it comes to being a ride or die friend, Keyshia Cole used to be ready to put the paws on folks! However, an incident that ended her friendship with Eve made her think about her actions. On a recent episode of TV One ‘Uncensored,’ the Oakland songstress explained how her bad behavior cost her big time.

“When I came straight from Oakland [California], it was still in me. The disrespect, things that would happen, how we handle it from the ‘hood. It was like, we just fight. It took a long time to learn to not put my hands on people; you know what I’m saying,” she said. She detailed how she slapped a woman who grabbed Eve’s purse at the club.

“There was a thing that happened with Eve. We’re walking out, and somebody grabbed her bag or something like that, and I kind of turned around and slapped the girl,” said Keyshia. “It was like, girl, what are you doing? Back up.” As the clip continued, Keyshia explained how the slap angered the first lady of Ruff Ryders. Keyshia said, “Eve was really pissed off about that like we stopped hanging out. She was like, ‘I can’t hang with Keyshia like she can’t be slapping people.’” Although the “Love” singer was confused about how Eve was mad, she shared the lesson she learned.

“It taught me a lot later, too, because being who I am today. She can get sued too. Me being a part of her crew, I just should’ve left it to security. Somebody gets paid for that; you know what I mean.” Keyshia also stepped into The Shade Room and commented, “ I understand now why she was PISSSSSSSSED.” Roommates, do you think Eve made the right choice by dissolving her friendship with Keyshia?