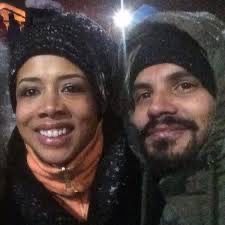 Roommates, we are saddened to report on the passing of Kelis’ husband Mike Mora. Unfortunately, Mike was battling stage 4 stomach cancer, and he passed on Sunday. Rumors of his death have been confirmed by Kelis’ management team in a statement to Entertainment Tonight.

“Sadly, it’s true that Mike Mora has passed away. We would ask all to respect Kelis and her family’s privacy as of right now. Thank you,” Steve Satterhwaite told ET.

News of Mike’s untimely passing broke on Instagram, as some of his closest friends made condolences posts in his honor. Evan Ross penned a thoughtful message about the time they spent together over the years saying, “We lost a brother yesterday. We truly miss you Mike. Thinking of some of the great times we all spent together.”

“You and @naztokio recorded me at @dallasaustins studio in Atlanta. First time I had ever really recorded a record in the studio. You made it feel easy and safe. Everything I saw you do. Was built in passion. I loved connecting again with you. Hearing about your children and the life you and your wife have built. I’m sending all the prayers and love to your family brother.”

As we previously reported, Kelis and her husband Mike Mora revealed he was diagnosed with stage 4 stomach cancer during an interview with people in October 2021. At the time he was diagnosed, Mora stated doctors had given him 18 months to live, and 12 months passed before he revealed his condition to the world.

Sadly, Kelis had given birth to their youngest daughter 17 day before his diagnosis.

Mike explained that after having terrible stomach pain, he decided to see a doctor and had no clue he would be battling cancer.

“I thought the whole time that I just had an ulcer. With no idea what was about to come my way,” he said. “Here I was, in a hospital bed, during the middle of the pandemic. All alone.”

Please keep Kelis and her family in your thoughts and prayers during this difficult time.