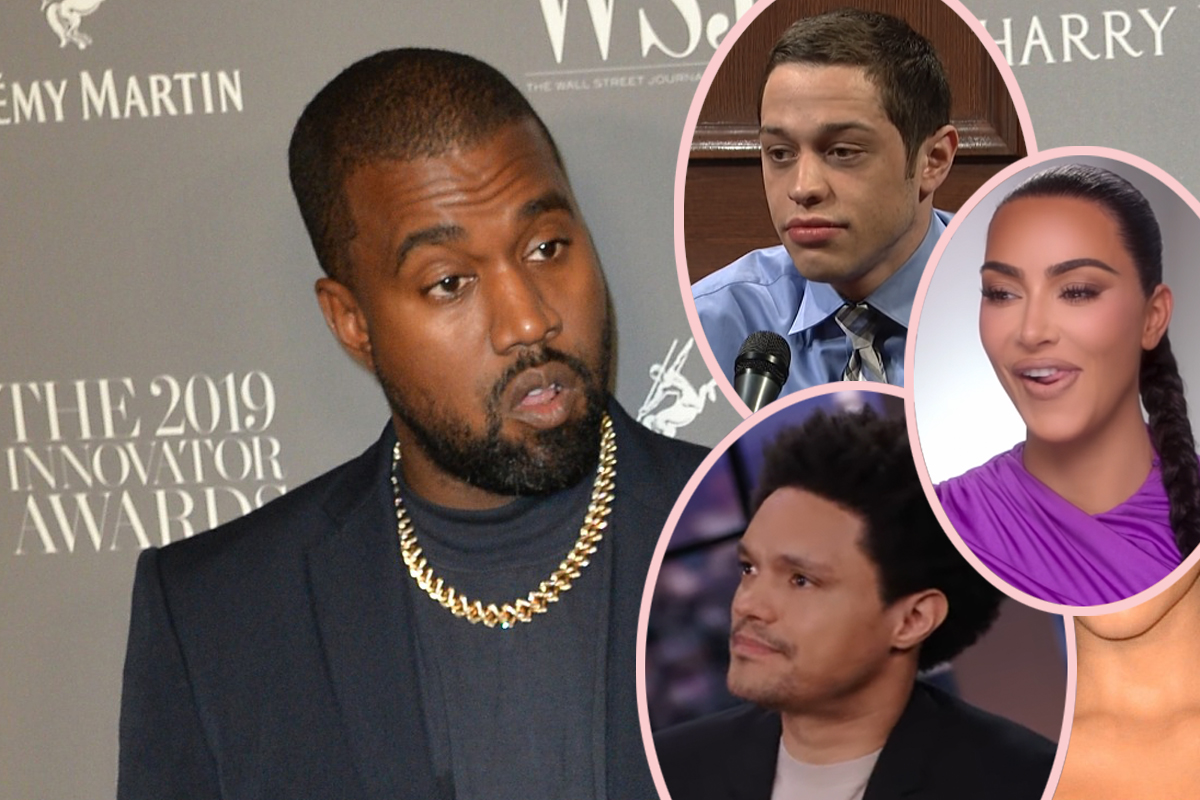 
Well, we can’t say this is much of a shocker, considering.

Kanye West has been playing with fire for weeks with his harassment and bullying posts on Instagram. It was only a matter of time before the social media giant actually enforced their terms of service and took action. You think Ye is above being kicked off Insta? Our last president got banned from Twitter. No one is too big to get the boot.

And that’s just what happened on Wednesday. Kanye’s account was suspended for 24 hours in the wake of his non-stop attacks on ex Kim Kardashian and her new boyfriend Pete Davidson.

Video: Kim Kardashian Reveals Pete Davidson Got Her Name BRANDED On His Chest!

Over the past couple months he’s literally bullied Pete, calling him names and encouraging followers to shout at him in the street. And of course there’s the disturbing abuse he’s leveled at Kim.

The line seems to have finally been crossed with his use of a racial epithet in an attack on Trevor Noah after the Daily Show host took a moment on his show to call out Ye’s IG behavior for what it was: signs of a scary, controlling ex.

A Meta spokesperson confirmed to TMZ that Kanye’s latest posts violated their policies “on hate speech, harassment and bullying.” The Noah post has notably been taken down. Seems like the racially charged language was the biggest issue. But several of his posts are still up. Bullying D.L. Hughley, Pete’s friend Dave Sirus… And of course the post Kim already called out as B.S. implying he rarely gets to see his daughter North.

Related: How Much Kanye REALLY Gets To See The Kids Amid Divorce…

This is just a timeout, really. Kanye will have to sit in the penalty box for just 24 hours — no new posts, no comments, no DMs. But after that period is over, he’ll be right back to it.

Of course, now we know he’s on IG’s radar. Essentially he’ll be on double secret probation, with the company ready to take more permanent steps in the event, say, that he can’t help himself and posts more, possibly even worse messages directed at his ex-wife.

Do YOU think Kanye will be able to resist? Will he be able to be a grownup and handle the breakup with class from here on in? Let us know what you think in the comments (below)!