Jamie Chung Had The Most Cringeworthy Moment With Bradley Cooper & Renée Zellweger At The Gym! 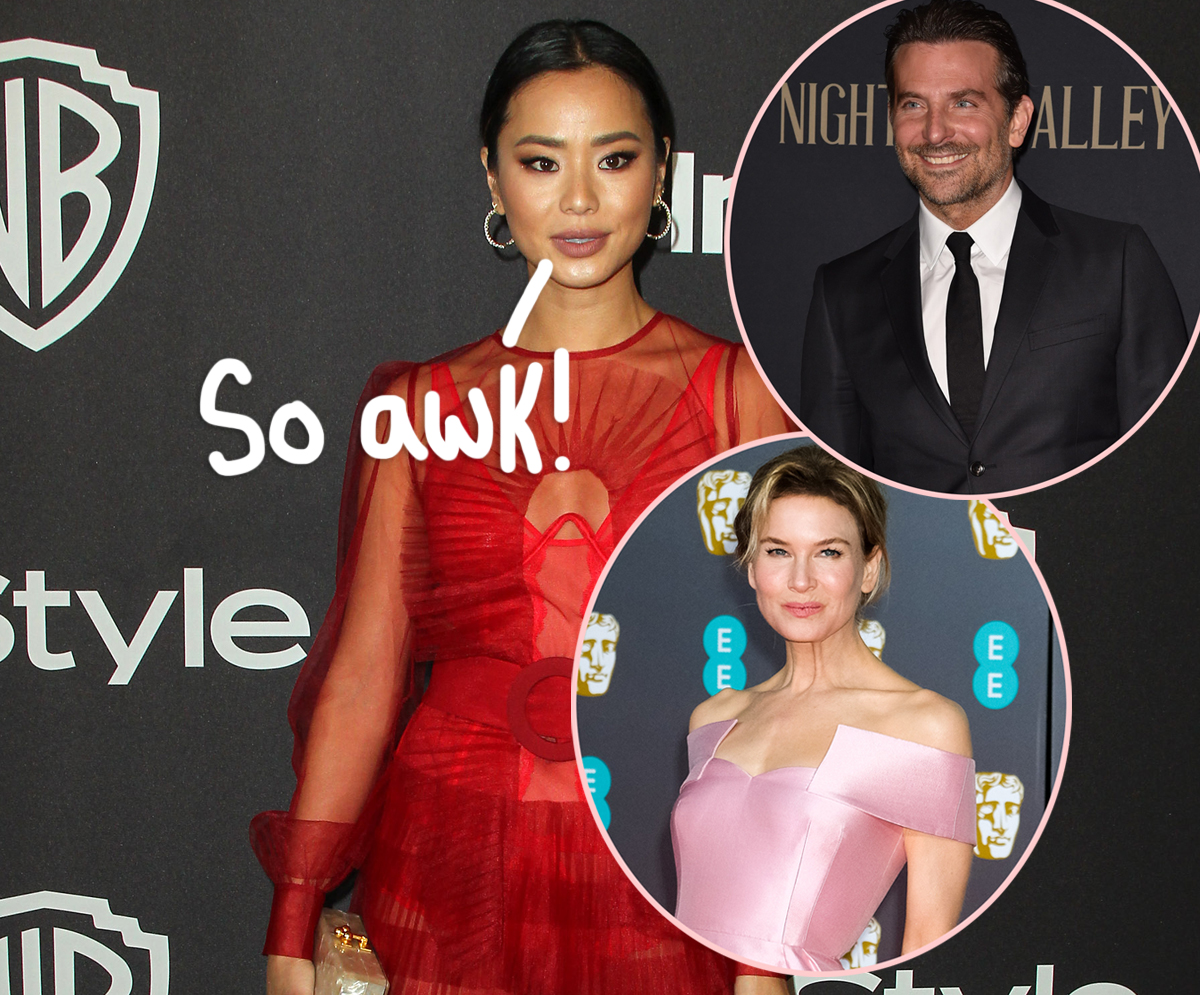 During a game of “Costar Secrets” with Us Weekly on Friday, the 38-year-old actress looked back on working with Bradley Cooper for the 2011 film The Hangover Part II around the time that he was dating his ex-girlfriend Renée Zellweger. She recalled:

“We were in Thailand, and he was dating Renée Zellweger, and I’m so awkward and uncomfortable. I’m so awkward on set. I don’t know why. I guess people make me nervous, and I’m always like, ‘Oh, will they like me?’ It’s terrible.”

However, the most cringeworthy moment between the stars ended up happening off the set! Chung recalled one instance at the gym when she tried to speak to Zellweger but got completely ignored by her, all thanks to a pair of noise-canceling headphones. And of course, Cooper had to be there to witness the embarrassing encounter go down:

“I was like, ‘Hey, hi,’ you know, trying to make small talk. And Renee had these, like, sound-canceling earphones on and didn’t hear me. And I was, like, felt so [deflated]. And Bradley — I remember — just looks over and he saw the whole thing.”

But what does the Silver Linings Playbook actor do at that moment? Well, the Once Upon a Time alum claimed he simply shrugged his shoulders while she “stumbled out of the gym.” So cringe!!!

Fortunately, Chung has had better interactions with her other co-stars since that gym incident! She also told Us Weekly that her Dexter: New Blood castmate Michael C. Hall is the ultimate “dog whisperer” when it comes to her less than “friendly” pup, Ewok. The former reality star shared that her dog seems to be “more like a cat” and “doesn’t like to be touched unless he approaches you.” So when the 50-year-old came close to pet Ewok one day, she instantly became worried about what the dog may do. However, it turned out she had nothing to fear:

“In my mind, I’m like, ‘Please, please don’t bite him, please.’ I don’t wanna get to sued. And I was, like, kind of holding my breath, and Ewok just, like, totally warmed up to him and let him pet his back. He is the dog whisperer, and he does love animals and he has the cutest little dog himself.”

Phew! She got super lucky and missed out on another awkward (and scary) moment there! Ch-ch-check out all of the secrets Jamie spilled about her former cast members (below):

Reactions to the awk encounter with Bradley and Renée? Let us know in the comments (below)!