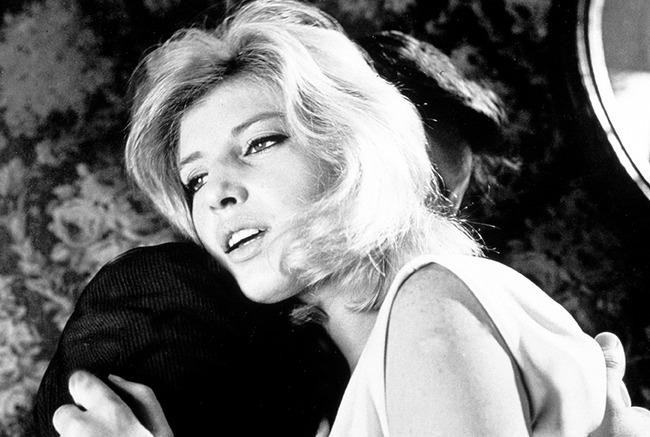 Monica Vitti, the Italian screen icon known for a string of 1960s classics, has died aged 90, according to reports in Italy.

The news was conveyed by writer, director and politician Walter Veltroni on behalf of Vitti’s husband, Roberto Russo:

Vitti was born Maria Luisa Ceciarelli in Rome in 1931. She acted in amateur productions as a teenager then trained at Rome’s National Academy of Dramatic Arts.

The actress shot to global fame following spectacular collaborations with legendary director Michelangelo Antonioni in the late 1950s and early 1960s. Vitti starred in L’Avventura as a detached and cool protagonist drifting into a relationship with the lover of her missing girlfriend. She went on to star in La Notte with Jeanne Moreau and Marcello Mastroianni and L’Eclisse with Alain Delon. Each film is considered a classic in its own right.

After working with Antonioni, Vitti changed focus and began making comedies, working with director Mario Monicelli on a number of films.

She went on to star with Marcello Mastroianni in Ettore Scola’s rom-com The Pizza Triangle, made multiple films with actor and director Alberto Sordi, and played a key part in Luis Bunuel’s The Phantom Of Liberty. She made two films with Claudia Cardinale in the mid 70s.

Her first English-language film was 1966 pic Modesty Blaise by Joseph Losey and her second was 1979 movie An Almost Perfect Affair with Keith Carradine.

Her last features were 1990 movie Secret Scandal with Elliott Gould, which she also directed, and 1992 Italian TV movie Ma Tu Mi Vuoi Bene? The actress retreated from acting soon after given the onset of Alzheimers.

In 2000, Vitti married Italian pianist and composer Roberto Russo, with whom she had been in a relationship since 1973.