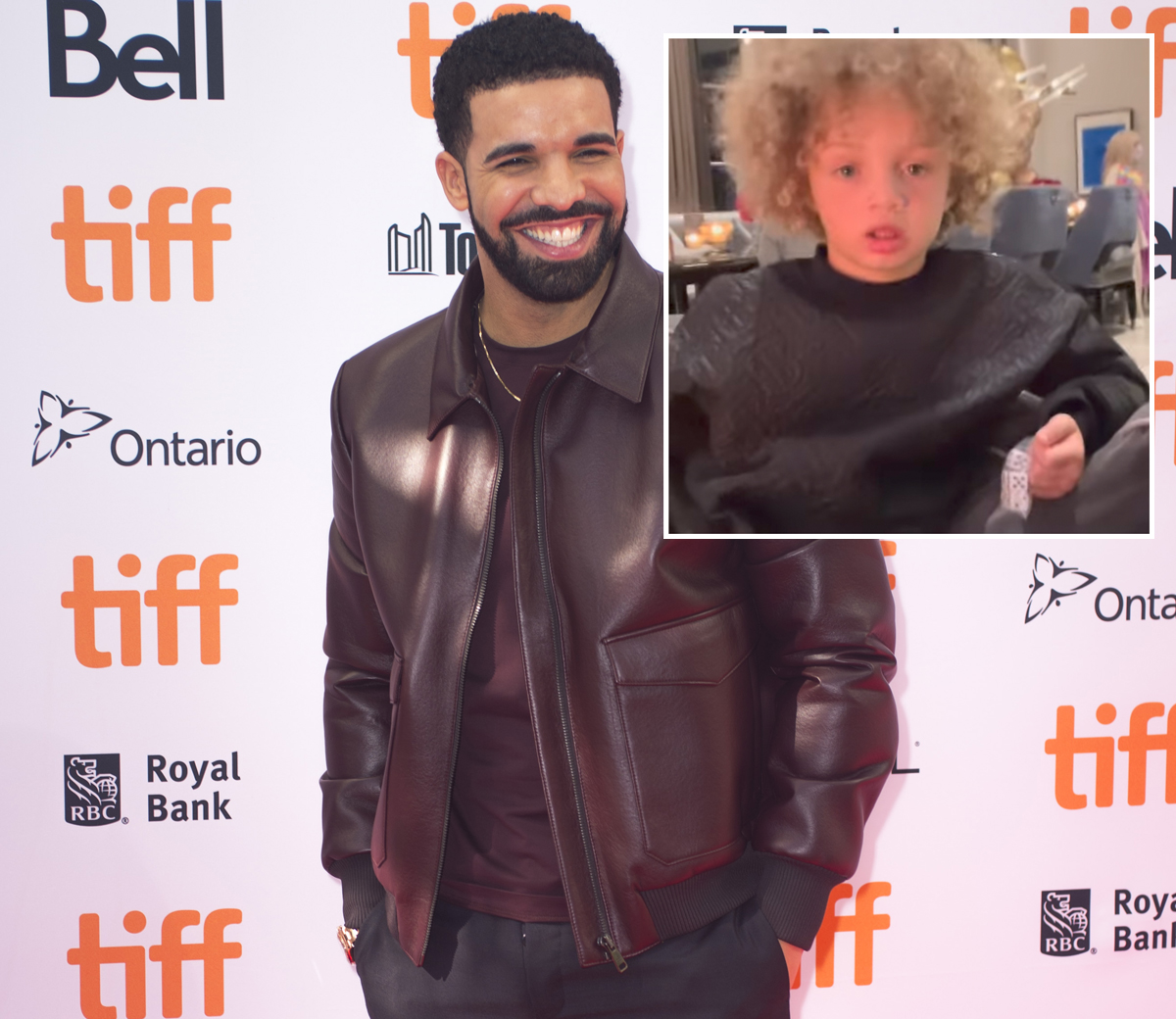 On Friday, Drake took to Instagram to share a video of himself and his 4-year-old son Adonis having a hilarious conversation together, in which the little one showed off his language skills – and confidence. In the clip, Adonis pondered whether he will ever grow to be the same height as the 35-year-old rapper, first asking if he would “get much bigger.” Drake replied:

“I don’t think so. You’re pretty tall. Do you think you’re going to be bigger than me?”

Then, the child asked the Degrassi alum if he wanted him to teach him how to speak “en Français” and started to rattle off a sentence to his father. FYI, his momma is French artist Sophie Brussaux — so he’s clearly being raised bilingual. While Drake seemed to understand Adonis at first, even speaking back a couple of words, the actor admitted he needed some help with the translation. The kid clarified:

“I said, ‘when you’re all older and you’re broken and you’re going to turn back into space.’”

To which the musician questioned:

“Is that really what you said or are you just making stuff up?”

When Adonis remained tight-lipped about whether or not he pieced some random words together in French, Drake just laughed and expressed:

It is just too cute! Ch-ch-check out the sweet interaction (below):