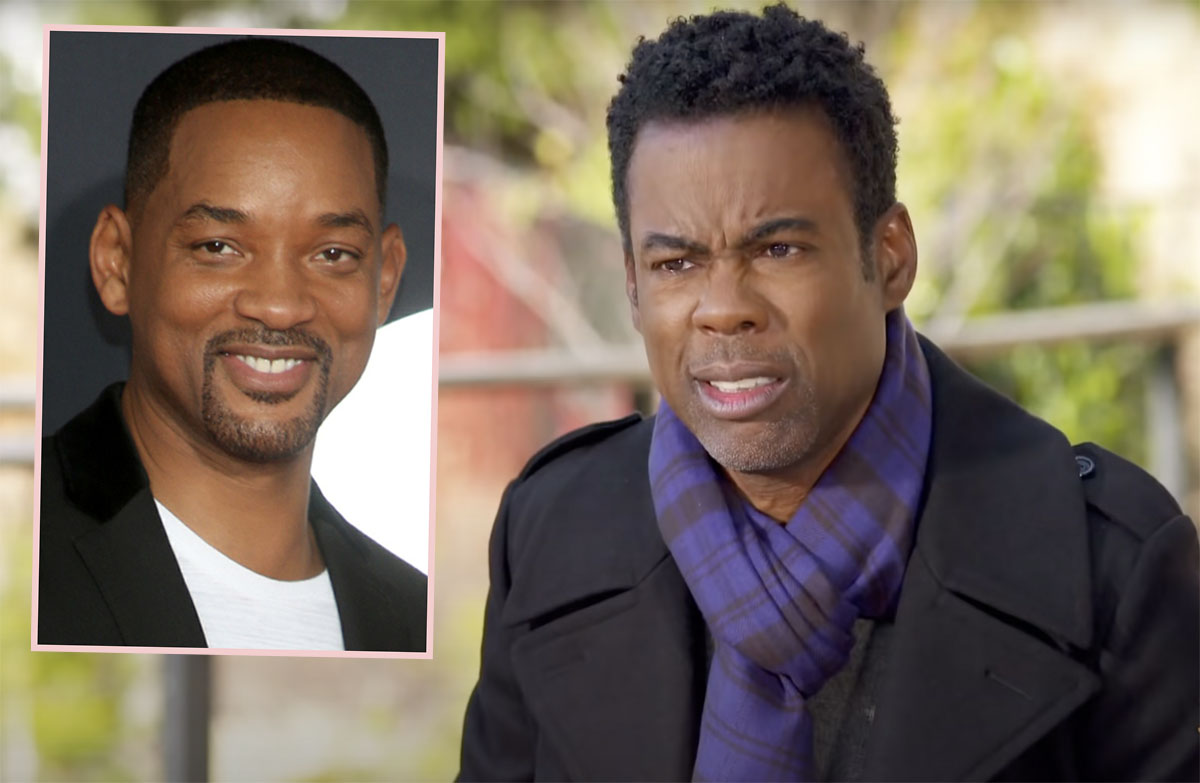 
Chris Rock recently opened up quite a bit about difficult times in his past that he’s allowed other people to “walk all over him” — just weeks before this latest incident.

As to be expected, the 57-year-old comedian’s recent past comments are coming to light again now in the days after he was slapped on stage during the Oscars by actor Will Smith following Rock’s hair-related joke about Smith’s wife, Jada Pinkett Smith, who is suffering from alopecia.

Related: No, Chris Rock Wasn’t Wearing A ‘Cheek Pad’ During The Oscars Slap, Like Some Claim!

Rock’s revelations coming to light again include a January 12 episode of the podcast Fly on the Wall, where the No Sex In The Champagne Room funnyman spoke to fellow comics Dana Carvey and David Spade. In that interesting roundtable discussion, Rock recalled how he was “bullied ridiculously” as a child for several different reasons.

Remembering his unfortunate upbringing on the way to becoming a world-famous comedian, Rock told his counterparts:

Eventually, Rock recalled that he took matters into his own hands to stop the bullying once and for all. Disturbingly, Chris revealed a childhood act of violence against a perpetrator:

“I went home, I put a brick in a book bag — this is like a legendary story in my neighborhood — I swung that s**t and smacked the guy in the face with this brick and stomped on him, Joe Pesci-style, to the point that we thought he might die.”

Whoa! That fear, he says, has kept him turning the other cheek, so to speak, ever since:

“Long story short, from that day on, as my shrink puts it to me, ‘you have been scared to be angry ever since.’”

Rock told the two comics he was eventually able to work through that horrific event — and the bullying and its after-effects — with the help of a therapist.

Related: Wanda Sykes Slams The Oscars For Allowing Will Smith To Stay After Chris Rock Slap

To that end, the therapist strongly suggested Rock move past the incident after so many years, as the comedian explained during the podcast ep. that this therapist told him:

Now, the Saturday Night Live alum claims, he is able to “get angry” without going overboard, and can better process his emotions, after working through all that. He told Carvey and Spade in January:

“I’m not scared of letting people know how I feel about certain things. Now, I can say, ‘Hey I don’t like what you said to me,’ without losing my head, without hitting someone on the head with a frickin’ brick.”

Quite the thing to say, now that the comedian is where he finds himself today. What do U make of Chris’ two-month-old comments coming back to light today, Perezcious readers? Sound off with your take on this whole tense, uncertain situation down in the comments (below)…

California Task Force Votes To Limit Reparations Only To The Descendants Of Free & Enslaved Black People Who Were In The U.S. During The 19th Century