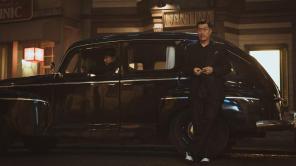 UPDATE, writethru with more detail after 11:28AM PT Sunday post: While Spider-Man: No Way Home continued to lead the international box office for studio films this weekend, weaving its way to a worldwide cume of $1.77B through Sunday, the biggest overseas action was out of (and limited to) China.

The Lunar New Year kicked off last Tuesday and has come in at an estimated RMB 6.04B ($950M) across the six-day period, according to Maoyan. That’s below projections and just 2.4% above 2019, though it is the second-biggest ever for the holiday, down 23% on 2021 which is still tops in the books at RMB 7.8B ($1.2B). Last year was particularly strong owing partly to pent-up demand after the 2020 festive period was kiboshed by Covid. This year, there are about 20% of cinemas closed throughout the market while the Olympics may have been something of a distraction and dynamic ticket pricing likely had an effect (we hear attendance was down vs receipts).

The Battle At Lake Changjin II was the No. 1 film at Chinese turnstiles throughout the period with RMB 2.53B ($398M) through Sunday (including RMB 980M/$154M for the FSS).

That’s a tidy sum, and the movie has a strong 9.6 score on Maoyan, but it perhaps suffered somewhat from the fact that its predecessor, which is the highest-grossing local title of all time in China, was released just last September 30. There is still plenty of play ahead.

Typically, we’d see a breakout film during this frame — recall Hi, Mom last year which overtook early winner Detective Chinatown 3 — and if there’s one movie that came close in 2022, it’s comedy Too Cool To Kill which landed in second for the six-day holiday frame at RMB 1.38B ($217M) and RMB 702M ($110.5M) for the FSS. WellGo USA releases that one on February 18.

IMAX scored its third-best ever Chinese New Year opening with The Battle At Lake Changjin II grossing $23.3M for the format in the market; and coming in behind only last year’s Detective Chinatown 3 and 2019’s The Wandering Earth.

As China turns increasingly inward, and yet seeks to maintain its status as the biggest global box office market, could a Lunar New Year period without record-breaking numbers mean that big Hollywood films might have more exposure than they did in 2021? The jury is still out on the question. The next studio movie currently scheduled is Disney/20th Century’s Death On The Nile which is near day-and-date on February 19. We also expect to see Roland Emmerich’s Moonfall land a release given the investment by Huayi. (On Moonfall, which grossed a comScore-estimated $9.37M overseas this weekend, we are awaiting individual market information but expect Russia to be among lead markets.)

Still glaringly undated in China is Sony/Marvel’s Spider-Man: No Way Home. And yet it passed $1B overseas last weekend without a PRC boost. This session, Peter Parker spun a further $15.6M from 63 overseas markets, down 30% from last session. The offshore cume is now $1.027B for a global total of $1.77B.

Meanwhile, Universal/Illumination’s Sing 2 is nearing $300M worldwide after just a 29% dip this session in overseas holdovers. The frame was good for $14M internationally, bringing the offshore total to $152M in 63 markets and $291.5M global.

Denmark, where all restrictions have now been lifted, was new this weekend and got off to a $1.1M start — in line with the first film excluding previews and more than double when including. Sing 2 had already begun a screening program in December before the country went into lockdown. In its sophomore session, the UK added $6.6M to cume $17M so far; that’s just below the previous installment but a better second weekend. Spain had a delightful 7th weekend drop of just 7% and has cumed $8.25M to date. Other notable cumes include leader France at $18.2M, Australia at $13.2M, Russia at $12.7M, Mexico at $12.6M and Germany at $6.9M following a 27% third-weekend dip. Japan is still to come on March 18.

Alongside its strong domestic debut, Paramount’s Jackass Forever pulled off a great stunt overseas with a $5.2M opening from just nine markets. On a like-for-like basis, that’s 70% ahead of Jackass 2. In the UK, the Johnny Knoxville-led comedy came in at No. 2 with $2.8M from 537 locations, and Australia had a No. 1 debut with $1.8M from 221. Norway and New Zealand likewise landed No. 2 starts. The films in the franchise tend to lean to domestic and English-speaking overseas markets as well as Western Europe hubs where comedy typically translates. Key releases still to come include Netherlands on February 17 and Germany on March 10.

Following its six BAFTA nominations, Kenneth Branagh’s Belfast continues its strong run in the UK, down just 22% after three weekends. This session saw the Focus title add Australia and New Zealand. The latter was a No. 1 start, as well as comping ahead of Three Billboards and Green Book.

Next weekend sees Branagh’s Death On The Nile begin rollout via Disney overseas in such key markets as the UK, Australia, France, Korea, Germany, Italy and Mexico. Sony’s Uncharted also starts its run internationally in Russia, the UK and Spain, notably.

Chloe Bailey Shuts Down Talks Of Altering Her Body Through Surgery