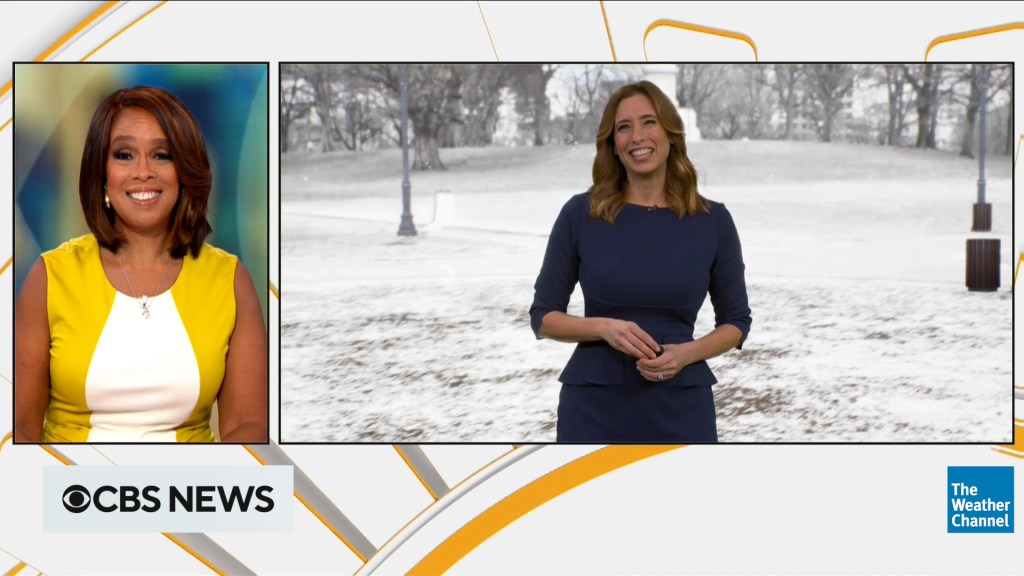 CBS News and The Weather Channel have announced a partnership on weather reporting and technology.

The Weather Channel’s reports will be featured during the network’s morning and evening newscasts, including CBS Mornings and CBS Evening News with Norah O’Donnell, as well as the CBS News Streaming Network. The partnership also includes investigative reports from both outlets on climate.

Neeraj Khemlani, president and co-head of CBS News and Stations, said in a statement, “By bringing together CBS News and the Weather Channel’s weather teams and virtual view technology, we will not only be able to forecast the weather but show viewers what it’s really going to look like.” He called it “a holistic partnership that brings together the scale of both companies’ reporting teams, technologies and audiences.”

He said in a statement, “This new collaboration is designed to offer the CBS News audience the most innovative weather reporting, as well as greater reach for the Weather Channel’s brand. CBS News and the Weather Channel will work closely together to explore and investigate issues related to climate and our environment.”

The collaboration means CBS News will draw on The Weather Channel’s “Virtual View,” immerse mixed reality technology that allows viewers “to visualize future weather forecasts – to see how snow, rain, floods or tornadoes can affect a community before the conditions arrive,” the networks said in the announcement. The reports originate from The Weather Channel headquarters in Atlanta. The partnership includes reporting from Weather Channel meteorologists Stephanie Abrams, Jim Cantore and Mike Bettes and others on the channel team.