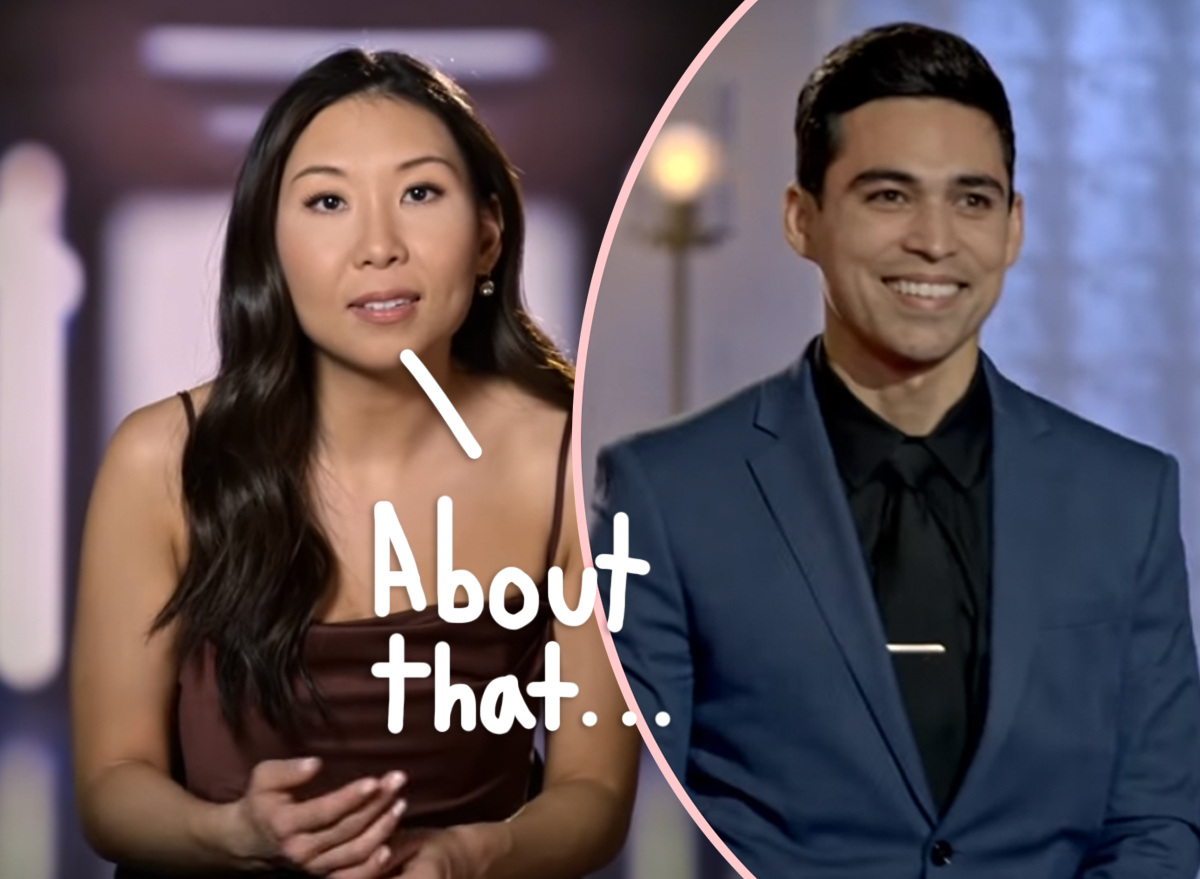 Is there another post-pod romance brewing, this time between Love Is Blind cast members Natalie Lee and Salvador Perez?!

As fans know, Natalie got engaged to Shayne Jansen during the show’s second season. And although the duo opted not to say ‘I do’ in the end, they revealed on the reunion that they tried to make things work again before ending things a second time. Natalie and Shayne have since started to move – and many have speculated that she may be dating fellow cast members: Sal!

Rumors that the pair are dating have popped up online since the series ended after he started leaving some pretty flirty comments on the 29-year-old’s Instagram posts. When Natalie shared a picture of herself in a stunning red dress, Sal gushed at the time:

Natalie then posted a stunning snapshot of herself with a view of Chicago in the background, writing in the caption:

“The old Nat can’t come to the phone right now. why? cause she’s dead.”

“What’s new Natalie’s number? I’ve been meaning to contact her about her car’s extended warranty.”

Pretty flirty right?! Then, her ex-fiancé added fuel to the romance rumors when a fan asked about his and Natalie’s current feelings for each other – and let’s just say that his response raised quite a few eyebrows! He replied to the question:

Whoa! Of course, everyone immediately could not help but believe she and Sal were a thing after that cryptic reaction! And now, Natalie is setting the record straight about where she and Sal stand! During an episode of the Tea With Publyssity podcast on Thursday, the consulting manager spilled that she and Sal are definitely “close.” However, she claimed they are NOT a couple:

“I know that there’s speculation that Sal and I are dating. We are not, we’re just really, really close friends.”

“I feel like when I talk with him, what you see is what you get. I also love his calm demeanor. I was like, ‘Wow, every time I talk to you, I feel a bit better and a bit more calm.’”

The Netflix personality went on to share that she is taking some time to focus on herself, explaining:

“One of the best things that really helped me in just feeling really secure in my decision to say no at the altar is my dad was like, ‘You don’t need a man to make you happy. You need to make yourself happy and that’s really all that matters.’ So right now I’m really focused on myself.”

In fact, Natalie is not “actively dating” anyone but is “exploring some things” at the moment. (No, it is not a relationship with a cast member! Clearly, LOLz!) She shared:

“I’m friends with most of the men on the cast and I don’t really see—I don’t want to say this too soon – but I haven’t really had a romantic connection with any of them. So nothing there for right now.”

Sorry to burst anyone’s bubble if they were shipping Sal and Natalie together – but he also confirmed that the duo is just really great friends. The reality star confessed Entertainment Tonight on Friday:

“Natalie and I are really good friends. That that’s all I can say. We don’t have anything going on. Natalie is just a very sweet person. I appreciate her a lot and we have been playing around with each other – but no, we are friends. We are good friends and that is all.”

As for Shayne’s weird response on the ‘gram, Sal claimed that the whole situation came down to a misunderstanding over his flirty comments on Natalie’s posts:

“I don’t think Shayne knew that Natalie and I were just being playful. I talked to Shayne too and was like, ‘Hey man, it’s all good.’ Like I know Shayne is out doing his own thing right now. I cleared it up with him and Shane and I are really good friends too. I was just like, ‘Hey, we’re just having a little bit of fun, that’s all.’”

There you have it, folks! Unfortunately, it looks like the twosome are just remaining friends — for now! Did you ship Natalie and Sal together, Perezcious readers? Do you think they’ll ever date in the future? Let us know your reactions in the comments (below).

[Image via Love Is Blind/Netflix]