5 Wide Receivers To Look Out For This 2022 CFB Season 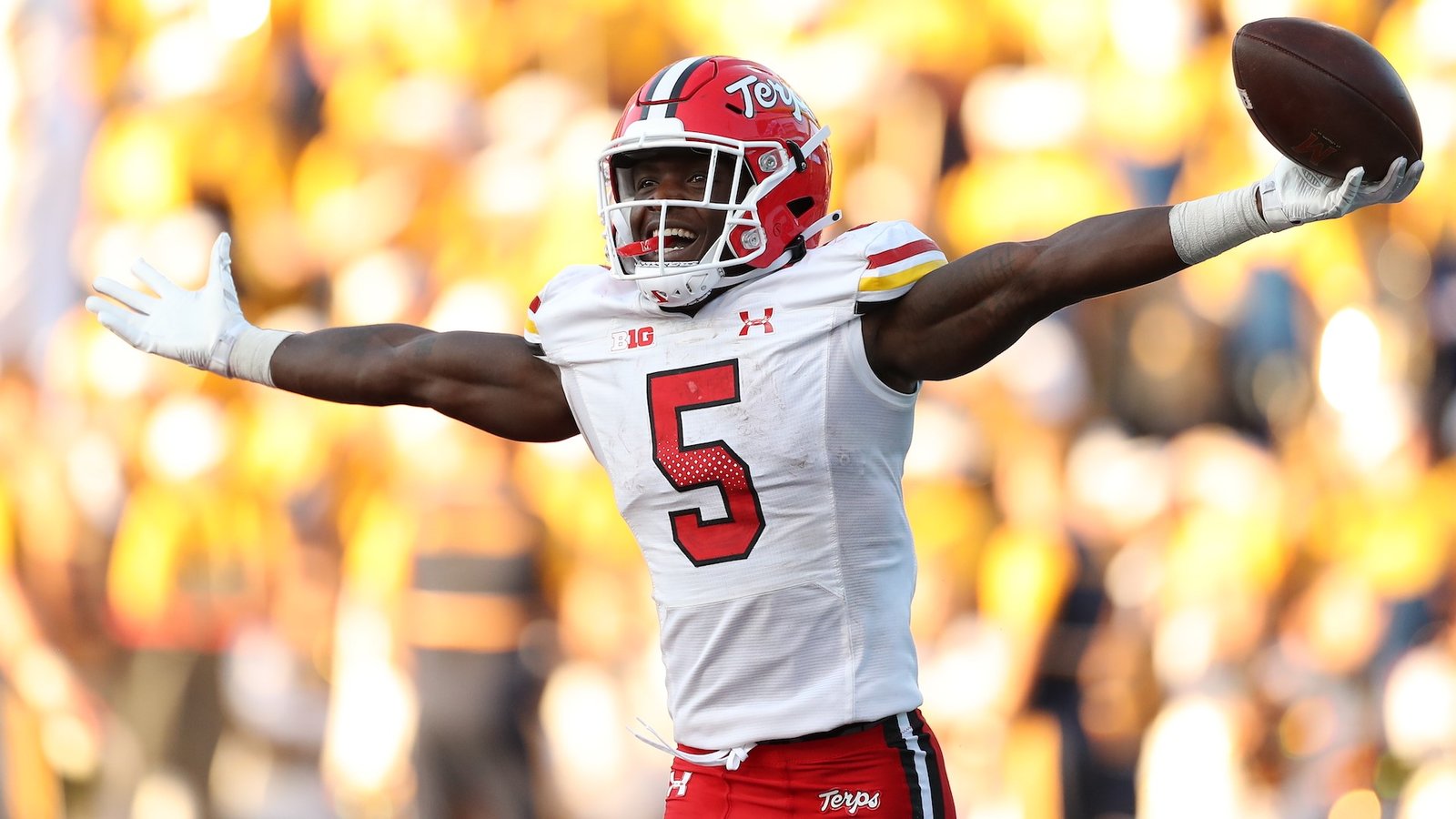 I love this time of year. All of the NFL and College Football preseason rankings and ratings start to spill forth from expert pundits and Average Joe bloggers.

We saw an amazing NFL Draft class at WR during the 2022 NFL Draft. Guys like Garret Wilson, Treylon Burks, Skyy Moore, Drake London, and Jalen Tolbert, just to name a few. It’s no wonder many of the top-tier route runners decided to stay in college for another year.

Rakim Jarrett will have another fantastic year in Maryland. According to Volswire.com, the Terps have the 17th toughest schedule in Division 1. I wouldn’t put them that high up on the difficult schedule list, but still in the top 35.

Don’t let their first three games fool you; starting on September 24th, the Terps play at the Michigan Wolverines, then come home to face the Michigan State Spartans. Then they get Purdue, Indiana, Northwestern, Wisconsin, Penn State, Ohio State, and finally, Rutgers.

With such a heavy-loaded schedule, Rakim Jarrett may not lead the NCAAF in yards or catches, but he’ll be able to prove that he’s the real deal just by staying in the mix against these tough BIG10 defenses.

Draft Kings, one of Maryland sports betting’s top outlets, has the Terps as 21.5 favorites against Buffalo in their season opener. Rakim Jarrett will rack up the yards after catch and TDs in this one. It will be interesting to see his receiving yards line when it comes out.

Speaking of the BIG10, Ohio State isn’t at all short on talent in the catch-and-run department. Jaxon Smith-Njigba is ranked by Pro Football Focus as the No. 1 wideout this preseason.

He should have plenty of time to run his routes as the Ohio State Buckeyes had one of the best offensive lines last season, and not much will change there. They also completed nearly 71% of their passes and scored 91.5% of the time they entered the RedZone.

A lot of those stats are due to Jaxon. He already holds the Ohio State record for most catches in a single game and also the record for most yards in a bowl game when he put up 347 in the 2022 Rose Bowl last season.

Jordan Addison just may be the guy to help bring the USC Trojans back into prominence in the Pac-12. However, TeamRankings has the Trojans ranked down at No. 63. So, unfortunately for the University of Southern California, Oregon and Utah are still the top dogs in the Pac-12. That said, Jordan Addison may turn out to be the No. 2 overall pick in the 2023 NFL Draft.

The former Pittsburgh Panther has taken heat from Pat Narduzzi and Pitt fans. So, he’ll come into the 2022 season with a chip on his shoulder and very, very sticky hands. Addison will utilize his explosive route running, fast ball-tracking and location, and fantastic hands to try to elevate the Trojans to the top of the Pac-12 south, despite the drama in transferring from Pitt.

The Texas Longhorns are the No. 7 rated team on the power index. They have a preseason FPI of 16.7 and that surely has a lot to do with Xaviar Worthy. He’s sharp while running routes and has legitimately elite speed with explosiveness off the line of scrimmage.

Although the battle is still going, it’s looking like Quinn ewers will be the man behind center, and Xavier Worthy is sure to find the ball in his hands a lot in 2022. The Longhorns are projected to be a tough team in the Big 12 this year, even with the 18th most challenging schedule in college football. The one thing I could see slowing him down this year is the Texas offensive line unit isn’t as strong as others in the Big 12, in fact, the Longhorn O-line unit ranks 7th in the conference.

Kayshon Boutte is a junior from New Iberia, Louisiana, and attended Westgate High School. He was a highly touted recruit and chose LSU over offers from Alabama, Auburn, Florida, and Texas. Boutte has been a key contributor for the Tigers since he arrived on campus and took a starting role as a true freshman. He had a breakout season as both Terrace Marshall Jr. and Ja’Marr Chase both opted to get ready for the 2021 draft.

Last season he only played six games, but still managed to snag 38 receptions with 509 yards and nine touchdowns. Incredible considering he only played half of the season.

LSU has the tenth toughest regular season schedule this year, but it should matter little with Kayshon Boutte back with a healthy ankle. During his freshman season, he put up three consecutive 1100-yard games against Alabama, Florida, and Ole Miss. So, he’s already proven that he can put up numbers against tough teams.